From Warner Bros. Pictures and director Patty Jenkins, rediscover Gal Gadot’s acclaimed performance as the title character in the epic action adventure based on the DC Super Hero. Before she was Wonder Woman, she was Diana, princess of the Amazons, trained to be an unconquerable warrior. Raised on the sheltered island paradise of Themyscira, Diana leaves her home when American pilot Steve Trevor (Chris Pine) crashes on their shores and tells of a massive conflict raging in the outside world. Convinced she can stop the threat and fighting alongside man in a war to end all wars, Diana will discover her full powers . . . and her true destiny.

Wonder Woman in Concert is presented under license from Warner Bros Distributing Inc. The music is licensed from Alfred Music Publishing.

About the Music
Gregson-Williams’ expansive score is filled with exotic accents in the woodwinds and percussion. He did his due diligence to master his “No Man’s Land” cue, in order to capture the emotion driving Diana’s decision to defend humankind. He also took his time before starting the project to get to know director Patty Jenkin’s version of Diana. In a 2017 interview with The Hollywood Reporter writer Aaron Couch, Gregson-Williams conveyed how he wanted the villains, Ludendorff and Dr. Maru, to be characterized by slithering musical figures that mirrored their evil conniving. He also wanted the romantic themes to reflect the innocent, romantically inexperienced backgrounds of both Diana and Steve Trevor.

About the Composer
Born in England and educated at St. John’s College Choir School, Cambridge, the multi-award-winning composer works from his studios in both London and Los Angeles. A truly versatile composer, Gregson-Williams has written the scores for a wide range of feature films and television series, and he has collaborated with a wide range of artists including Ben Folds, Mark Knopfler, Hans Zimmer, Skylar Grey, Lebo M., Junior Mambazo and Moya Brennan.

For film, Gregson-Williams scored the Oscar-winning Hotel Rwanda (2004), for which he was awarded the European Film Award for Best Composer; the animated films Over the Hedge (2006) and Jerry Seinfeld’s Bee Movie (2007), receiving an Annie Award nomination for the latter; and the independent film Love + Hate (2005), for which he was awarded the Reims International Composer Award. Most recently, Gregson-Williams scored the popular DreamWorks Animation and Pearl Studio’s co-production Abominable (2019); the Warner Bros and DC Comics co-productions Aquaman (2018) and Wonder Woman (2017); the award-winning war drama Hacksaw Ridge (2016); the international hit The Legend of Tarzan (2016); and has collaborated with Adam Sandler on multiple films including Grown Ups (2010), Bedtime Stories (2008) and Click (2006). 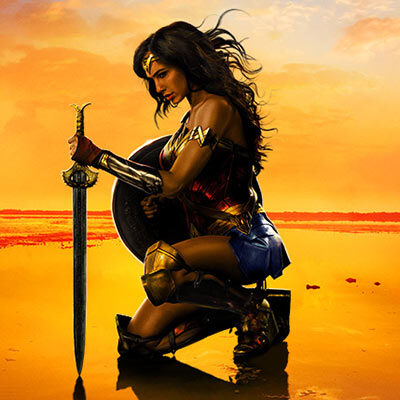 ‘Wonder Woman’ Composer on the Scene He Rewrote…