“Mr. Mizrahi isn’t interested in evoking the misty-eyed nostalgia of swooning to the old songs while holding hands, sipping Champagne and shedding a tear. Like so many other alt.cabaret performers, he is determined to challenge the cultural status quo and help blaze a path into a more liberated future where few subjects are off-limits…

Vocally, Mr. Mizrahi belongs to a brassy show business tradition running from Ethel Merman to Harvey Fierstein and including Liza Minnelli, who in her prime, he observed, could make an entrance like nobody else.”

“Mizrahi is the real deal when it comes to cabaret: He’s charming, he sounds great, and he is seriously funny.”

“His ability to take an audience into his confidence is simple and unforced, even with the charged personality he brings to the stage.”

“Mizrahi’s jazzy performance was confident and sultry, a far cry from his self-deprecating stories. From start to finish, Mizrahi filled the room with both uncontained gaiety and a sense that we all share some of the same fundamental anxieties, even if it’s as seemingly banal as worrying about the side effects of prescription drugs. And, in a time when many are uncertain if we’re going to make it after all, is there anything more important than that?”

“Mizrahi stage chat was delightfully uncensored on all manner of taboo subjects…when Mizrahi challenges himself, he has some impressively huge notes waiting to burst out.”

Isaac Mizrahi has worked extensively in the entertainment industry as an actor, host, writer, designer and producer for over 30 years. He is the subject and co-creator of Unzipped, a documentary following the making of his Fall 1994 collection which received an award at the Sundance Film Festival. He hosted his own television talk show The Isaac Mizrahi Show for seven years, has written two books, and has made countless appearances in movies and on television. He has appeared as a judge on Project Runway: All-Stars.

He is Chief Designer for the Isaac Mizrahi brands, a division of Xcel Brands, Inc.  In 2009, Mizrahi launched his lifestyle collection, “ISAACMIZRAHILIVE!” on QVC. His IMNYC collection is currently sold at Lord & Taylor and Hudson’s Bay Company.

Mizrahi has directed productions of A Little Night Music and The Magic Flute for the Opera Theatre of St. Louis. Annually, he directs and narrates his production of the children’s classic Peter and The Wolf at The Guggenheim Museum in New York. He has performed cabaret at Café Carlyle, Joe’s Pub, West Bank Café and City Winery locations across the country.

Mizrahi has his own production company, Isaac Mizrahi Entertainment, under which he has several projects in development in television, theatre and literature. His New York Times best-selling memoir, I.M., was published in February 2019. 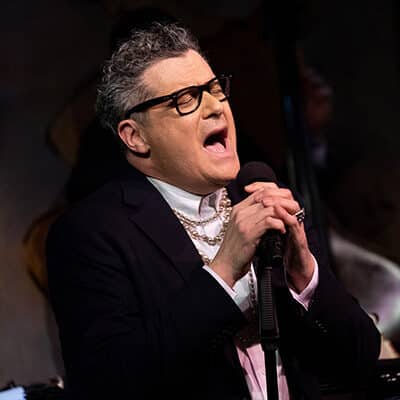