“The orchestra led by Christopher Rountree … made the audience feel as possessed as the protagonists.”

We see Lady Macbeth in a dozen crooning silhouettes washing blood out of rags over bright porcelain sinks; hear Stravinsky pouring out of an abandoned warehouse; see dozens of watermelons fly off Disney Hall; hear a black and white overture imploring against hatred; parse a chorus singing Haydn’s Creation backwards; watch a violinist cutting himself out of duct tape with a razor as his amplified violin sits gathering feedback; listen to three minutes of Le nozze di Figaro on repeat for twelve hours; celebrate with rituals joyous for the end of the world; witness a long-lost John Adams suite come alive; and hear the sound of rose-petal jam-making as music. Conductor and composer Christopher Rountree stands at the intersection of classical music, new music, performance art and pop.

Following his 2020-21 debut with Long Beach Opera conducting Philip Glass’ Les Enfants Terribles, Rountree was named Music Director from the 2021-22 season. He maintains a long-term relationship with Martha Graham Dance Company resurrecting, recording and performing works by Copland, Kodaly, Rountree (MGDC commission), and others, with his ensemble Wild Up. In 2019, Rountree began recording a four-volume set of the music of Julius Eastman. In conjunction with this recording project, he toured the country with Wild Up, culminating in an Eastman portrait at the National Gallery in Washington, D.C. Rountree is currently working on two operas about love and technology with librettists Royce Vavrek and Roxie Perkins.

Rountree is the artistic director and conductor of Wild Up, the ensemble he founded in 2010, and artistic director of an interdisciplinary ambient series in an oak grove in LA called SILENCE. Rountree is a seventh-generation Californian descended from the first sheriffs of Santa Cruz County, he lives in the Silver Lake neighborhood of Los Angeles. 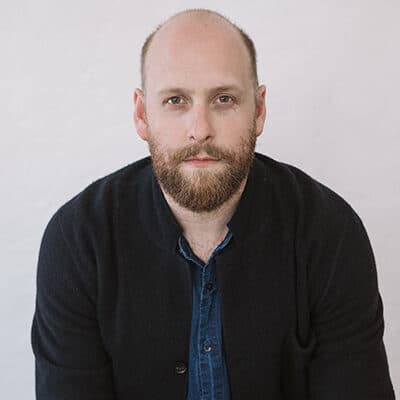