James Darrah’s work as a Los Angeles-based director, designer, screenwriter and producer is leading the trailblazing exploration of the intersection of film, television and opera + new music.  He is the new Artistic Director and CCO of Long Beach Opera where he directed an acclaimed adaptation of Handel’s Giustino in May 2022 and from 2014-2020 was the Artistic Director of ONE- an opera artists’ residency program with Opera Omaha. He was a first time GRAMMY® nominee producing David T. Little’s acclaimed opera Soldier Songs as a film with Opera Philadelphia in 2022 and was Creative Director for Los Angeles Chamber Orchestra’s digital season in 2020-21, directing 16 collaborative short films in a new orchestral series called Close Quarters. He also devised and directed two film projects with Boston Lyric Opera: a new animated feature-length film of Philip Glass’s Edgar Allan Poe adaptation The Fall of the House of Usher and the world premiere of desert in: an acclaimed first of its kind merger of episodic television and opera with composer Ellen Reid. He is deeply committed to development of new opera and directed the award-winning world premieres of Missy Mazzoli’s Breaking the Waves and Proving Up, Reid’s Pulitzer Prize-winning prism with LA Opera, and Academy Award winner John Corigliano’s The Lord of Cries with Santa Fe Opera. Additional work includes training the next generation of opera singers as Creative Producer for Music Academy of the West and he is a production design faculty member of UCLA’s School of Theater, Film and Television. He has been profiled in the LA Times, GQ Magazine and Alta Journal and is a winner of the national Princess Grace Award in Theater. 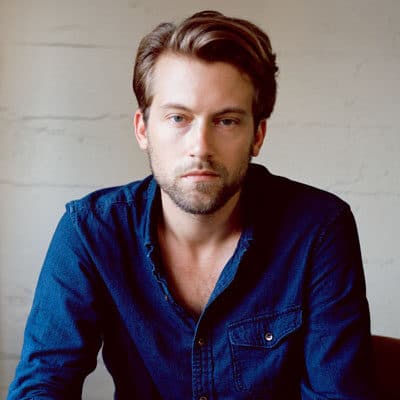