“One of the most exciting and communicative classical guitarists today.”

“Not only a magician, but a serious and accomplished musician.”

“The hottest guitarist in the world.”

Firmly positioned as a leading exponent of his instrument, Miloš has appeared in some of the most important concert halls and at major festivals around the world, including with the Chicago Symphony, Philadelphia Orchestra, LA Philharmonic, and Cleveland Orchestra.

His first three releases on Deutsche Grammophon achieved chart-topping successes around the globe and turned him into “classical music’s guitar hero” (BBC Music Magazine) overnight. His recording of Rodrigo’s concerto with Yannick Nézet-Séguin and the London Philharmonic had the Sunday Times calling him “The King of Aranjuez”, while his record, Blackbird–The Beatles Album — including duets with Gregory Porter, Tori Amos, Steven Isserlis, and Anoushka Shankar – was released to unanimous praise. Miloš’ 2019 album, Sound of Silence, joined his previous albums, in reaching No. 1 on the UK Classical charts, and on Amazon.

Miloš is the first ever classical guitarist to have performed in solo recital at the Royal Albert Hall in London, the Guardian commenting: “More extraordinary by far was the way a single guitarist could shrink the Hall’s cavernous space into something so close.” The Independent concluded: “not only a magician, but a serious and accomplished musician”.

In August 2018 Miloš made a triumphant return to the hall. In front of 6000 people at the BBC Proms, he performed the world premiere of Joby Talbot’s guitar concerto, Ink Dark Moon written especially for him, with the BBC Symphony Orchestra. Committed to commissioning new repertoire for the guitar, Miloš joined the NAC Ottawa in May 2019 to perform another concerto written especially for him, ‘The Forest’ by Howard Shore.

In 2021, Miloš released his sixth album The Moon and the Forest, featuring the Talbot and Shore concerti as well as Ludovico Einaudi’s ‘Full Moon’ and Schumann’s ‘Traumerei’. This latest album marks Miloš’s 10-year anniversary with Decca and was hailed by Gramophone as offering “new perspectives on the relationship between guitar and orchestra, performed with conviction and elan”.

Taking every opportunity to promote classical music to the widest possible audience, Miloš often finds himself in the role of a radio and TV presenter. He is a passionate supporter of music education and acts as a Patron of the Mayor of London Fund for Young Musicians and the Awards for Young Musicians. Miloš records exclusively for Decca Classics, and BBC Music magazine included him amongst six of the greatest classical guitarists of the last century. He lives in London and performs on a 2007 Greg Smallman guitar. 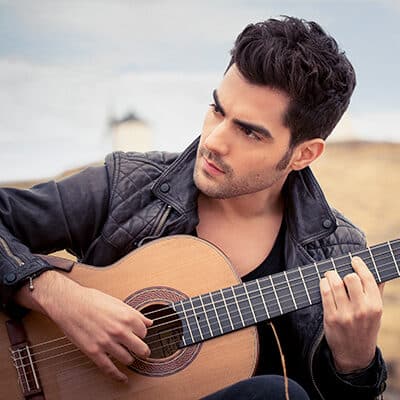 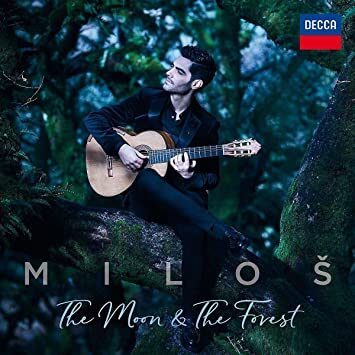 MILOŠ Releases “The Moon & The Forest” on…

Review: His refined musicality is second to none…