“…he led a fluid performance that paid off again and again. In the final pages of the score the orchestra framed Schultz’s serenely floating high notes.”

“The intimacy of the hall, combined with a drier acoustic than in Abravanel, left no place for errant notes to hide, but the 21-piece ensemble did not need one. New associate conductor Benjamin Manis, himself a cellist, led with precision and good humor…Transparency and delicacy characterized Manis’ reading of Britten’s Simple Symphony. Pizzicato passages really popped in the intimate venue, and the pianissimo opening of the “Playful Pizzicato” movement was magical.”

“Manis, resident conductor of Houston Opera, had led this orchestra Aug. 6 in an excellent concert featuring soprano Golda Schultz. He stepped in Friday for Roderick Cox, who canceled shortly before he would have made his Aspen main stage debut. The concert opened with a lively, deftly shaped run through Kodály’s Dances of Galánta, and concluded with a stately, confident traversal of Brahms’ Symphony No. 3 in F major. Maybe it was because this orchestra already had a concert under its belt with him as conductor, but balances among the sections and responsiveness by the whole orchestra were especially rewarding.”

American conductor Benjamin Manis joined the Utah Symphony as Associate Conductor in September 2022, leading the orchestra on tour as well as at Abravanel Hall and the Deer Valley Music Festival. Before moving to Salt Lake City, Mr. Manis spent three seasons as Resident Conductor of the Houston Grand Opera, making his debut with Verdi’s Rigoletto. Other highlights of his time in Houston include performances of Carmen, Romeo et Juliette and The Snowy Day. He led 4 world premieres, among them the 2020 world premiere of Marian’s Song with the subsequent HGO Digital filmed version and Miller Outdoor Theatre performances of the same work. Mr. Manis returns to HGO in the 22/23 season to lead productions of Tosca and El Milagro del Recuerdo.

Winner of the 2022 and 2019 Solti Foundation US Career Assistance Awards, Mr. Manis has served as cover conductor for the St. Louis, Dallas, and National Symphonies, working with conductors Gianandrea Noseda, David Robertson, and Stéphane Denève. Over the course of three years in the Aspen Conducting Academy he assisted and worked closely with conductors such as Robert Spano, Ludovic Morlot, Leonard Slatkin, James Conlon and Vasily Petrenko. After winning the Aspen Conducting Prize, Mr. Manis was invited to returned to Aspen in the summer of 2021 as assistant conductor, where he conducted two programs with the Aspen Chamber Symphony.

Mr. Manis studied cello and conducting at the Colburn School, where he conducted outreach concerts in public schools across Los Angeles and performed Lutoslawski’s Cello Concerto as soloist with conductor Robert Spano. A student of the late Larry Rachleff he completed his Master of Music degree in 2019 at Rice University’s Shepherd School of Music. 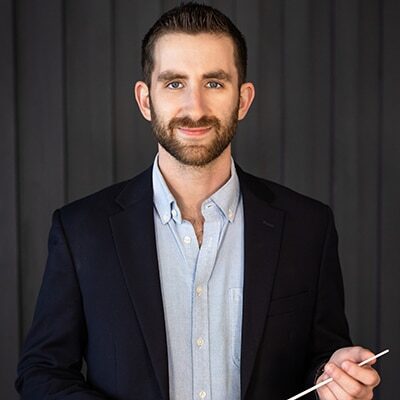