“Weilerstein’s cello is her id. She doesn’t give the impression that making music involves will at all. She and the cello seem simply to be one and the same.”

“[Ms. Weilerstein] radiated such concentration and pleasure, not only in the part she was playing but also in the symphony of sound all around her that watching her became a lesson in the art of listening.”

“Weilerstein has…been described as a new generation’s cello superstar through performances marked not only for their technical mastery but for their intense feeling.”

Alisa Weilerstein is one of the foremost cellists of our time. Known for her consummate artistry, emotional investment and rare interpretive depth, she was recognized with a MacArthur “genius grant” Fellowship in 2011. Today her career is truly global in scope, taking her to the most prestigious international venues for solo recitals, chamber concerts and concerto collaborations with all the preeminent conductors and orchestras worldwide. “Weilerstein is a throwback to an earlier age of classical performers: not content merely to serve as a vessel for the composer’s wishes, she inhabits a piece fully and turns it to her own ends,” marvels the New York Times. “Weilerstein’s cello is her id. She doesn’t give the impression that making music involves will at all. She and the cello seem simply to be one and the same,” agrees the Los Angeles Times. As the UK’s Telegraph put it, “Weilerstein is truly a phenomenon.”

With her multi-season new project, “FRAGMENTS,” Weilerstein aims to rethink the concert experience and broaden the tent for classical music. A multisensory production for solo cello, the six-chapter series sees her weave together the 36 movements of Bach’s solo cello suites with 27 new commissions. After premiering the first two chapters in Toronto in early 2023, with subsequent performances at New York’s Carnegie Hall and beyond, she looks forward to touring all six chapters in seasons to come. Weilerstein recently premiered Joan Tower’s new cello concerto, A New Day, at the Colorado Music Festival. The work was co-commissioned with the Detroit Symphony; the Cleveland Orchestra, where Weilerstein performed it last fall; and the National Symphony, where she reprised it in May. An ardent proponent of contemporary music, she has also premiered and championed important new works by composers including Pascal Dusapin, Osvaldo Golijov and Matthias Pintscher. Already an authority on Bach’s music for unaccompanied cello, in spring 2020 Weilerstein released a best-selling recording of his solo suites on the Pentatone label, streamed them in her innovative #36DaysOfBach project, and deconstructed his beloved G-major prelude in a Vox.com video, viewed more than two million times. Her discography also includes chart-topping albums and the winner of BBC Music’s “Recording of the Year” award, while other career milestones include a performance at the White House for President and Mrs. Obama.

Diagnosed with type 1 diabetes at nine years old, Weilerstein is a staunch advocate for the T1D community. She lives with her husband, Venezuelan conductor Rafael Payare, and their two young children. 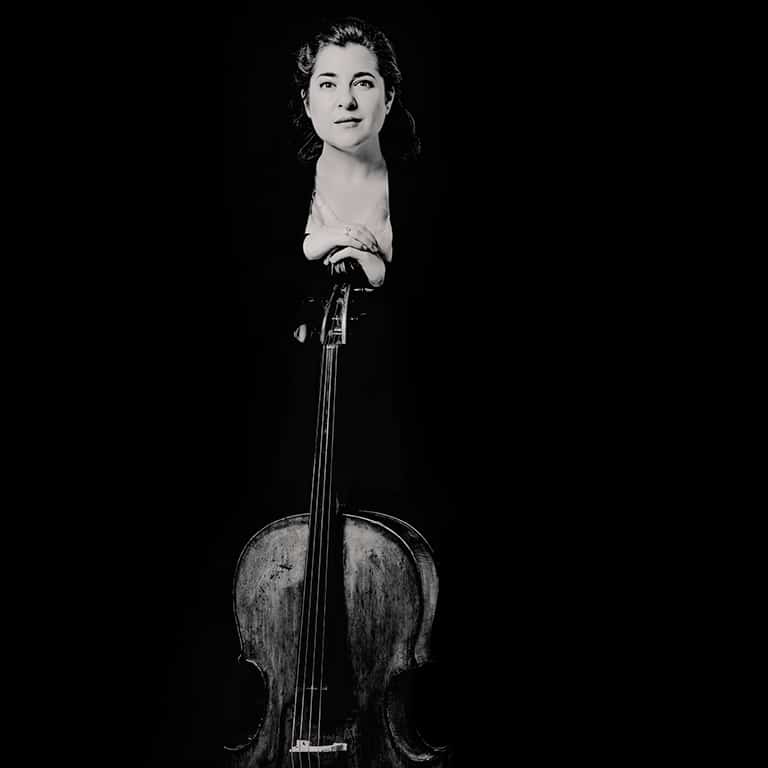