“It is all too common for many young virtuosos to offer more flair than substance. But Alexander Malofeev is no ordinary prodigy…Rachmaninoff’s Piano Sonata No. 1 was a showcase for Malofeev. From the pensive opening bars, the work unfolded in multiple dimensions, with playing of fiery intensity and searching expression. Malofeev worked like a sculptor, reveling in the first movement’s melodic curves and thick textures. His pearly tone made the quiet moments shimmer, and the finale sounded with a hymn-like serenity…Malofeev’s artistry is truly remarkable for a young pianist who is at the beginning of what hopefully will be a long and fruitful career.”

“Malofeev is already a special pianist. Plenty of young artists use the Rachmaninoff to show off sparkling technical skills, and Malofeev had those in abundance. But he was interested in something more than that. The first movement was broad, dreamy, nightmarish, the left hand disrupting melodic lines; the cadenza was unsettlingly introspective. The second movement became a balm, the third a triumph, and if that finale was dangerously soaked in schmaltz, well, that’s Rachmaninoff for you. Thomas, to his credit, went where Malofeev took him, and brought the orchestra along, too.”

“From the opening notes, Malofeev, his head bent to the piano, seemed to summon the melody from the keys, as though they were divining rods to which he listened intently. He followed neither Martha Argerich’s ferocious, take-no-prisoners onslaught nor Yuja Wang’s seemingly effortless precision, adopting instead a bewitching sonic terrain of his own, lyrical, sensitive, and haunted. And he brought down the house. After repeated standing ovations, with audience members cheering in the aisles and conductor and soloist arm in arm, Malofeev played, to the hungry delight of the audience, a silky and heartfelt piano version of Tchaikovsky’s “Nutcracker” pas de deux.”

“The 20-year old Russian pianist Alexander Malofeev gave an astounding performance in Rachmaninoff’s Piano Concerto No. 3 during the concert’s first half. He brought to the cadenza of the first movement unexpected weight and force, plus extreme rubato and a couple of daring pauses. As that section drew to a close, you felt as if the pianist had opened up his soul. Malofeev, fair and blond, played from an unusually low bench and often leaned over the keyboard like a scientist examining some rare specimen. His penetrating sound and solid technique kept the 40 minute-long concerto mesmerizing from start to finish.”

Alexander Malofeev came to international prominence when, in 2014, he won the International Tchaikovsky Competition for Young Musicians at age thirteen. Reviewing the performance, Amadeus noted, “Contrary to what could be expected of a youngster…he demonstrated not only high technical accuracy but also an incredible maturity. Crystal clear sounds and perfect balance revealed his exceptional ability.” Since this triumph, Malofeev has quickly established himself as one of the most prominent pianists of his generation.

Recent appearances include a tour of Asia with the Lucerne Festival Orchestra under Riccardo Chailly, as well as performances with the Orchestra del Teatro Lirico di Cagliari under Mikhail Pletnev, the Bournemouth Symphony Orchestra and Kirill Karabits in the UK, and the RAI National Symphony Orchestra and Fabio Luisi in Italy. In 2022, Malofeev made debuts at major summer festivals including the Verbier Festival, Ravinia Festival, Aspen Music Festival with Vasily Petrenko, and the Tanglewood Music Festival with Michael Tilson Thomas. Future appearances include his return to the Bournemouth Symphony in a multi-concert residency, and performances at the Concertgebouw in Amsterdam, Davies Symphony Hall in San Francisco, and the Isarphilharmonie in Munich.

In the spring of 2020, Sony Classical released the Tchaikovsky 2020 box-set celebrating the 180th anniversary of Tchaikovsky with a recording of his First Concerto performed by Alexander Malofeev with the Tatarstan National Symphony Orchestra and Alexander Sladkovsky. 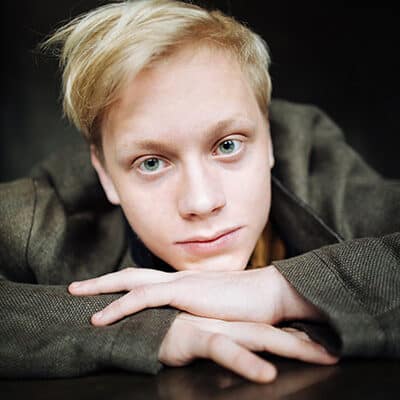