“There was an overall sense of a great harmony between the instruments in the orchestra, and Maestro Daniel Carter led the performance with the firm and authoritative hand. It was clear that Carter had a great understanding of Britten’s music, and his approach to the score was impressive.”

“Daniel Carter’s careful and precise conducting cannot be praised enough.And also what the philharmonic orchestra with rhythmic intricacies and tonal extravagances of the score is up to par with what is in the centers of musica nova interpretation”

“Conductor Daniel Carter makes an auspicious mainstage debut, leading the redoubtable Orchestra Victoria in a confident, unflustered manner. Carter’s management of the orchestra, six singers and four percussionists on stage in [Elliott Carter’s] What Next? is quite extraordinary.”

“All of the musicians negotiated a rich and complex score [Elliott Carter What Next?] under the expert guidance of Daniel Carter with considerable finesse.”

The General Music Director at Landestheater Coburg, Daniel Carter has been a Conductor at the Deutsche Oper Berlin since August 2019. In his first season in Berlin his performances included A Midsummer Night’s Dream, Hänsel und Gretel, La Boheme and Les Contes d’Hoffmann.

In the 22/23 season he conducts Don Quichotte in Berlin, Siegfried, La damnation de Faust and Der goldene Hahn in Coburg and a New Production of Nixon in China at the Staatsoper Hannover. Concert appearances include the concert season in Coburg, as well as debuts with the Neubrandenburger Philharmonie and the Neue Lausitzer Philharmonie.

Highlights of the last season in Berlin included Die Entführung aus dem Serail, Carmen and Die Fledermaus and new productions in Coburg of Die Walküre – where he will conduct the new Ring Production over the coming seasons, L’Enfant et les sortileges/L’heure espagnole and The Rake’s Progress and numerous symphonic concerts.

In recent seasons he has given his Debuts at the Oper Köln (La Boheme), with the Münchener Kammerorchester, at Konzerttheater Bern (The Swiss Premiere of Kurt Weill’s Love Life and Pelléas et Mélisande), Theater Trier (Hänsel und Gretel), Theater Erfurt (Die Zauberflöte), as well as with the Akademie of the Sinfonieorchester des Bayerischen Rundfunks and at the Oper Leipzig with Siegfried. In Summer 2022 he will give his debut at the Rossini Opera Festival in Pesaro. 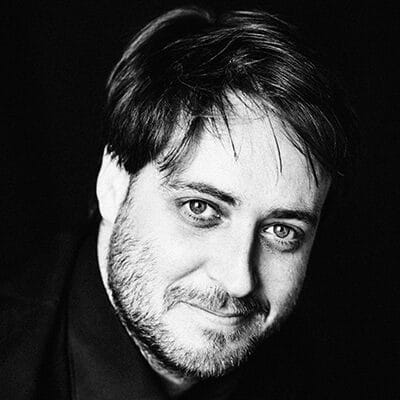