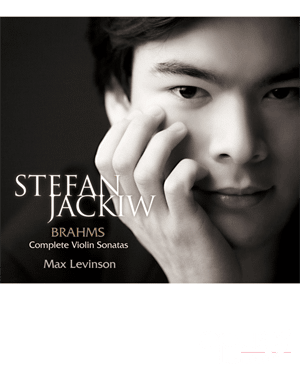 “As pure and as close to perfection as music can get.”

The Globe and Mail

“It took all of one phrase to realize we were in for a performance of uncommon musical substance.”

“But the apex of the afternoon was Stefan Jackiw’s superbly articulated, fearlessly ­Romantic and sleek work on Korngold’s heart-on-sleeve Violin Concerto.”

“The soloist’s playing was musically astute from start to ­finish, ­delivered with a ­shimmering tone and flawless technique. He gave the opening solo of the ­Allegro moderato a bardic feel, and the ­movement’s B Major second theme soared in his hands. In the ­Andante assai ­Jackiw’s supple lyricism had an understated ­tenderness, and his playing in the finale was incisively manic to great effect.”

“Jackiw made the work his own: not only the beautiful melodies but also the skittish ­passages in which the tunes seem to be morphing and turning themselves inside out. He rendered them all with seeming ease and remarkable purity of tone.”

“Concerning Stefan Jackiw, you will not find a more intelligent or engaged musician anywhere on the world stage. His approach to Beethoven was appropriately athletic when required while pushing the limits of lyricism with the delicacy of his phrasing.”

Stefan Jackiw is one of America’s foremost violinists, captivating audiences with playing that combines poetry and purity with an impeccable technique. Hailed for playing of “uncommon musical substance” that is “striking for its intelligence and sensitivity” (Boston Globe), Jackiw has appeared as soloist with the Boston, Chicago, Cleveland, New York, Philadelphia, and San Francisco symphony orchestras, among others.

Jackiw’s 2022-23 season includes his return to the Cleveland Orchestra performing Britten’s Violin Concerto with Thomas Søndergård, and to the Vancouver Symphony performing Brahms with Otto Tausk. He will also appear at the 92NY with cellist Alisa Weilerstein and pianist Daniil Trifonov, and embark on a multi-city Junction Trio tour that includes the group’s Celebrity Series of Boston debut, alongside performances in New York City, San Francisco, Washington DC, and more. Meanwhile, his European dates include performances with the Royal Scottish National Orchestra and Thomas Sondergard performing Britten’s Violin Concerto, the Residentie Orkest and the Orquesta Sinfonica de Galicia with Anja Bihlmaier performing Sibelius’ Violin Concerto, and the Gävle Symphony and Christian Rief performing Korngold’s Violin Concerto.

In Summer 2022, Jackiw returned to Carnegie Hall to perform Bach with Orchestra of St. Luke’s, and appeared with the St. Paul Chamber Orchestra at the Bravo! Vail Music Festival leading a performance of Beethoven’s Kreutzer Sonata, and the Bellingham Festival performing Bruch’s “Scottish Fantasy.” During the 2021-22 season, he premiered a new violin concerto by Conrad Tao with the Atlanta Symphony and the Baltimore Symphony; returned to the Indianapolis Symphony to perform Korngold Concerto, and to the Oregon Symphony with Schumann Concerto. In Europe, he performed with the NDR Elbphilharmonie Orchestra and Alan Gilbert, and with Orchestre National de Lyon under Nikolaj Znaider. His Summer 2021 appearances included his return to the Cleveland Orchestra performing Prokofiev 2 with Rafael Payare, the Boston Symphony performing Mozart Concerto no. 5 with Alan Gilbert, and the Aspen Music Festival performing the Beethoven Triple Concerto, alongside Alisa Weilerstein, and Inon Barnatan.

Jackiw tours frequently with his musical partners, pianist Conrad Tao and cellist Jay Campbell, as part of the Junction Trio. He also enjoys collaborating with pianist Jeremy Denk with whom he has toured the complete Ives Violin Sonatas, which the pair recorded for future release on Nonesuch Records. He also recently recorded Beethoven’s Triple Concerto with Inon Barnatan, Alisa Weilerstein, Alan Gilbert and Academy St. Martin in the Fields.

Highlights of recent seasons include his debut at the Cleveland Orchestra’s Blossom Music Festival with Juraj Valcuha, with whom he also reunited for performances in Dallas, Detroit, and Luxembourg; performances of Prokofiev’s Second Violin Concerto at Carnegie Hall with Mikhail Pletnev, as part of a multi-city tour with the Russian National Orchestra; as well as performances with the St. Louis Symphony under Nicholas McGegan, the Minnesota Orchestra under Ilyich Rivas, the Rotterdam Philharmonic under Yannick Nézet-Séguin, the Indianapolis Symphony under Krzysztof Urbanski, and the Pittsburgh Symphony under Juraj Valčuha. He also gave the world premiere of American composer David Fulmer’s Violin Concerto No. 2 “Jubilant Arcs”, written for him and commissioned by the Heidelberg Festival with the Deutsche Kammerphilharmonie under Matthias Pintscher. Further afield, Jackiw has appeared with the Tokyo Symphony at Suntory Hall under the direction of Krzysztof Urbanski, and the Seoul Philharmonic under Mario Venzago. He has also toured Korea, playing chamber music with Gidon Kremer and Kremerata Baltica, and toured with the Australian Chamber Orchestra play-directing Mendelssohn.

Born to physicist parents of Korean and German descent, Stefan Jackiw began playing the violin at the age of four. His teachers have included Zinaida Gilels, Michèle Auclair, and Donald Weilerstein. He holds a Bachelor of Arts from Harvard University, as well as an Artist Diploma from the New England Conservatory, and is the recipient of a prestigious Avery Fisher Career Grant. Jackiw plays a violin made by Vincenzo Ruggieri in Cremona in 1704. He lives in New York City. 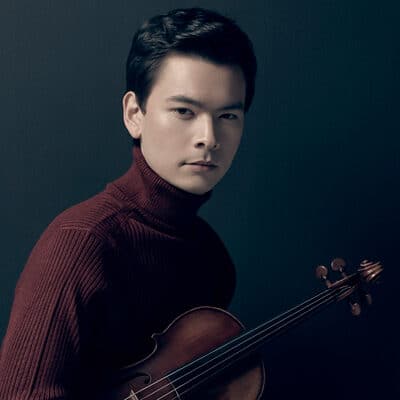 Review: Jackiw and Slatkin triumph with Beethoven in…