“Always alert to Haydn’s myriad caprices, they introduce some perfectly placed, sinuous phrasing in the third movement of No 3 in G minor, and real verve and colour in its brilliant allegretto.

There is an elegant poise to the minuet and trio of No 5 in F minor, then aching dignity in the adagio. Quartets 2 and 5 in the Op 20 set end with a fugue, played sotto voce and at breakneck speed, just one of Haydn’s playful innovations so brilliantly captured here by the Dudoks and beautifully recorded.”

“The Dudok’s first-rate players possess all the chops they need, but that technical prowess is always subjugated to the group’s artistry and is never an end in itself.”

“Into an era rich in really fine young quartets comes an impressive debut from Amsterdam-based Dudok Quartet, with a programme as thoughtfully conceived as it is played.”

“The Dudok Quartet responds brilliantly to all these facets of the Ligeti’s persona, and their performance can fully stand the comparison with the Arditti Quartet’s 1994 recording, which was supervised by the composer. In the work’s haunting ending, with its flickering violin tremolos underpinned by delicate sustained octaves from the two lower players, I find this new version if anything, superior.”

“Don’t put this on to unwind. Put it on so that you’ll find yourself within the prickly skins of these works—and on the edge of your seat.”

“The opening movement unfolded with a sumptuous statement of Ravel’s motto theme, while the octave melodic passages of violinist Judith van Driel and violist Marie-Louise de Jong fairly glowed with radiant nostalgia. The foursome’s opening pizzicatos in the scherzo popped with youthful brilliance, and the composer’s infatuation with Spanish rhythms have rarely sounded so authentically idiomatic.”

“Sharing the heart of music is our motto and we live and breathe old and new music in both our performance and on record” says Dudok Quartet Amsterdam.

The quartet studied with the Alban Berg Quartet in Cologne and subsequently, for two years, at the Dutch String Quartet Academy with Marc Danel of Quatuor Danel, graduating with highest distinction in 2013. Between 2011 and 2013, the quartet was awarded the top prizes in international string quartet competitions such as Quatuors à Bordeaux and Joseph Joachim Weimar. In 2014, the quartet received the Kersjes Prize, an award of €50.000 offered to a chamber music group of exceptional talent. Its first CD, Metamorphoses, was named Editor’s Choice in The Gramophone, and the second, Labyrinth, met with similar acclaim, including a five-star review in BBC Music Magazine. The third CD is scheduled for release in June 2018.

Recent highlights include the ensemble’s USA debut (January 2018), the world premiere of Kaija Saariaho’s opera Only the Sound Remains with Philippe Jaroussky and the Dutch National Opera and the quartet’s debut at the Vienna Konzerthaus. In October 2017, the quartet premiered an adaptation of Beethoven’s Op 132 String Quartet, re-imagined specifically for children over six.

Dudok Quartet Amsterdam is a regular guest in both the Concertgebouw and the Muziekgebouw in Amsterdam and has performed in venues all over Europe. 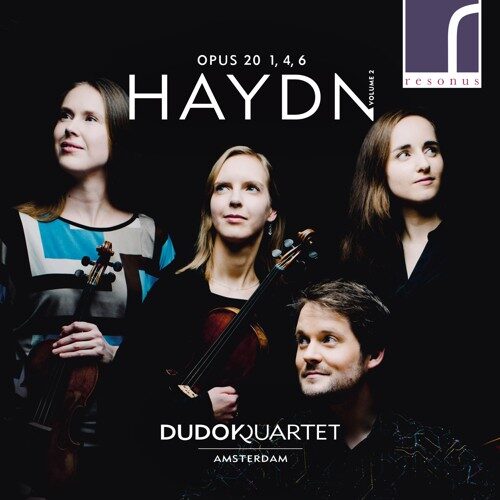 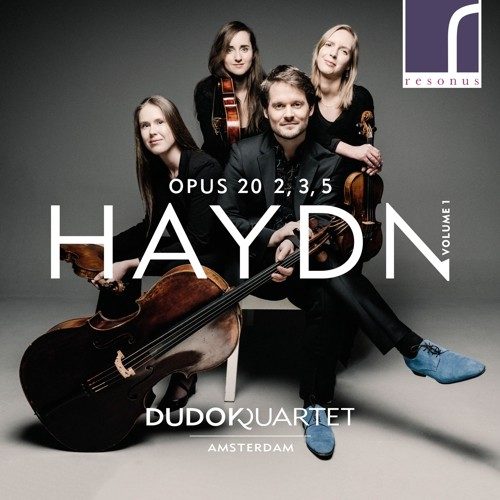 Critical Acclaim for Dudok Quartet Amsterdam at the…