“One of the groups that has really helped to shape the ­future of classical music.”

“Then in a hushed setting, yMusic became a small mini-chamber orchestra sitting in a semicircle. They matched with haunting, soulful precision every guitar part and rhythmic accent and guitar as Simon, in the center, delivered this surreal song with loving and focused purity. It was stunning. yMusic, which is made of C.J. Camerieri on trumpets, french horn; Rob Moose on violin, Hideaki Aomori on woodwinds, Nadia Sirota on viola, Gabriel Cabezas on cello and Alex Sopp on flutes, then joined him on another mysteriously compelling and often unsung song, touching on the ­impact of the Chernobyl disaster, “Can’t Run But.” On “The Rhythm of the Saints,” its tapestry of polyrhythms spelled out with amazing layers of percussion and ­guitars. Here the orchestral instruments played all those interlocking rhythmic parts, and the result was extraordinary, as was Simon’s passionately pointed delivery.”

“A percolating new arrangement performed by the yMusic ­ensemble that’s a key component of his 15-member band backing him gave Simon a fresh perspective on the song that removed any hint of nostalgia and allowed its power and beauty to emerge anew.”

“But the night’s most intriguing performance from that period was of “Bridge Over Troubled Water,” which Simon reworked as a showcase for its devotional lyrics as well as the new-music ensemble yMusic, a New York strings-and-winds sextet whose members bolstered Simon’s backing band. yMusic and Simon have been collaborating since last year, when they performed at the Eaux Claires Music Festival in Wisconsin; Simon’s promise that he would keep writing music even while being off the road made the idea of future collaborations tantalizing.”

yMusic, “six contemporary classical polymaths who playfully overstep the boundaries of musical genres,” (The New Yorker) performs in concert halls, arenas and clubs around the world. Founded in New York City in 2008, yMusic believes in presenting excellent, emotionally communicative music, regardless of style or idiom. “One of the groups that has really helped to shape the future of classical music,” (Fred Child, NPR’s Performance Today) their virtuosic execution and unique configuration (string trio, flute, clarinet, and trumpet) has attracted the attention of high profile collaborators—from Paul Simon to Bill T. Jones to Ben Folds—and inspired original works by some of today’s foremost composers, including Nico Muhly, Missy Mazzoli and Andrew Norman.

Last season, yMusic debuted a major new work, Difference, by Grawemayer and GRAMMY-winning composer Andrew Norman, set out on a US tour with singer-songwriter Bruce Hornsby, and released Ecstatic Science, their fourth full-length album. The recording, one of Pitchfork’s “6 New Albums You Should Listen to Now,” features music by Missy Mazzoli, Gabriella Smith, Paul Wiancko, and Caroline Shaw. Pitchfork praised the group for its “excellent taste in collaborating with composers” and for creating an album of “fluidly engaging” work. Due to global restrictions on nonessential travel and gatherings, yMusic took the 2020-21 season to work on their own, collaborative compositions, recorded remotely. The ensemble plans to release an album of original work in late 2021.

Other recent highlights include a sold out show at Carnegie’s Zankel Hall, a collaborative album release with The Staves on Nonesuch Records, a recording of “God Only Knows” with John Legend for the Grammy Awards, and summer appearances at the Sarasota Music Festival and Caramoor Center for Music and the Arts. yMusic is also featured on “You’ve Got Time” by Regina Spektor, the main title theme for the final season of Netflix’s Orange Is The New Black.

yMusic’s other recordings include 2017’s First, 2014’s Balance Problems, and 2011’s Beautiful Mechanical, Time Out New York’s “#1 Classical Record of the Year.” In addition to performing their own repertoire, yMusic serves as a ready-made collaborative unit for bands and songwriters, and has lent its distinctive sound to dozens of albums, including In The Blue Light by Paul Simon, with whom the group appeared on Saturday Night Live, and toured arenas, amphitheaters, and outdoor festivals across the globe as featured guests on Paul Simon’s Homeward Bound: The Farewell Tour. 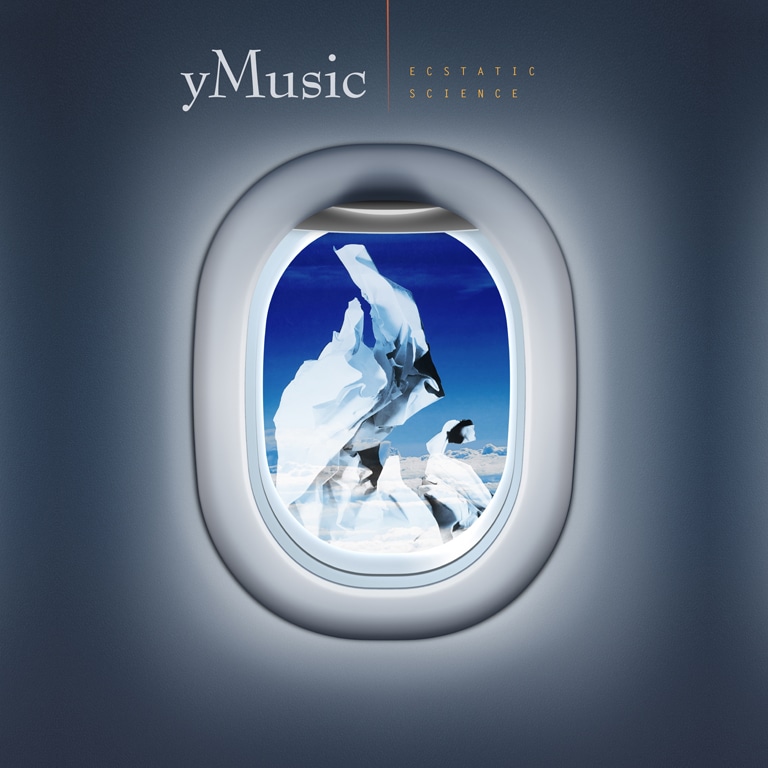 yMusic’s “Ecstatic Science” is Out Now