It’s just too good to be true! Opus 3 Artists welcomes retro rock n’ roll darlings Under The Streetlamp to our roster for North American symphony bookings. Comprised of former members of the cast of the hit musical Jersey Boys, Under The Streetlamp has taken audiences by storm with their high-energy, sentimental tour through the Great American Radio Songbook. The group has recorded three hit PBS specials which are still airing nationwide in over 160 markets. They have also opened for The Temptations, and their recordings of old time rock n’ roll, doo-wop, and Motown hits have been swinging, swaying, and playing on Sirius XM radio and in the homes of their many fans (known as “Lampers”) who keep coming back to enjoy the unique blend of tight harmonies and slick dance moves.

“Opening with a raucous and stirring rendition of Bill Haley and the Comets’ “Rock Around the Clock” (the four men take the stage to the tantalizing strains of “In The Mood” performed by the Nashville Symphony, suggesting an even deeper dive into the Great American Songbook), Under the Streetlamp takes their audiences on a sentimental, nostalgic journey via the songs of the American Radio Songbook, tunes which have become so pervasive in this American life that our hearts and our memories cannot help but be caught up in a sort of sensory overload that evokes all sorts of good vibrations and memories long since forgotten. It’s the power of the music from a not-so-distant period in America, to be certain, that fills your heart with joy, but it’s the authentic and effortless manner in which it is performed that leaves you begging for more.” Broadway World Review with the Nashville Symphony

Learn more about Under The Streetlamp. 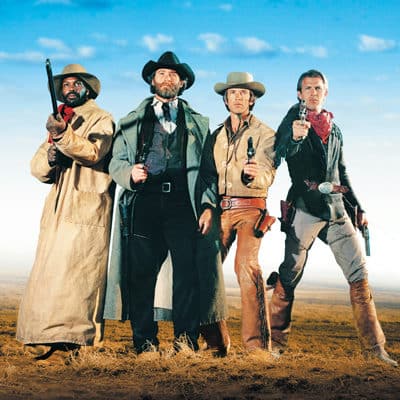