From the Los Angeles Times

In a tacit acknowledgement that performing arts will likely occupy a socially distanced twilight for the long haul, Los Angeles Chamber Orchestra on Thursday is expected to announce a virtual season for 2020-21 featuring 16 episodes imagined and directed by designer and interdisciplinary artist James Darrah, who has been named LACO’s creative director of digital content.

Darrah directed the world premieres of composer Ellen Reid’s Pulitzer Prize-winning “prism” and Missy Mazzoli’s adaptation of the Lars von Trier film “Breaking the Waves,” and his work has been featured at the Kennedy Center in Washington, D.C., the Prototype Festival in New York and Theater an der Wien in Vienna. He is most interested in the peculiar magic that can be conjured at the intersection of theater, opera and film.

For his new position, Darrah is teaming up with LACO music director Jaime Martín on a slate of offerings dubbed “LACO Close Quarters.” The linchpin of Darrah’s vision involves the creation of a digital studio at Wilhardt & Naud, a multidisciplinary arts campus in downtown L.A.’s Chinatown.

Darrah is scouting the campus to find collaborators for the new season, consisting of original visual episodes informed by LACO music recorded and filmed separately at the Colburn School’s Olive Rehearsal Hall.

“Digital art is conjured up out of that music,” Darrah said in a recent phone interview, adding that the art in question might be a dance, a painting in progress or a sculpture.

If one beautiful note has been struck in the coronavirus crisis, Darrah said, it’s that art can’t be stopped. The minute the coronavirus began halting performances, Darrah said, he started talking with collaborators, including composer Reid, about innovative ways to move forward. In some ways, Darrah has been ready for this moment for years. He said he has been “dragging around a soap box” about how opera and new music need to embrace film and television.

His collaboration with LACO, he said, will allow him to demonstrate the varied ways that can be done. Darrah hopes to invent a visual and aural language that can employed long after the threat of COVID-19 subsides. 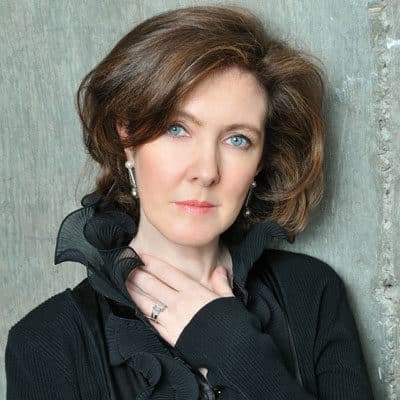