Alexi Kenney: X Suite for Solo Violin by Paul Wiancko is out now

Violinist Alexi Kenney releases the World Premiere recording of Paul Wiancko’s seven-movement X Suite for Solo Violin, written for Alexi and premiered at Wigmore Hall in London in 2019, on all streaming platforms. Accompanying the release is a Visual Album filmed by Mike Grittani at the stunning Donum Estate in Sonoma, California, which pairs each of the seven movements of X Suite with seven contemporary sculptures by Doug Aitken, Louise Bourgeois, Gao Weigang, Subodh Gupta, Jeppe Hein, Richard Hudson, and Jaume Plensa:

“The decision to pair X Suite with the seven sculptures featured in the video was one rooted in my belief in the synergy between sculpture and composition. Each movement was consciously and carefully paired with a different artwork, many of which enjoy deep visual and energetic connections, both between the pieces of art, and between the art and music. The multifaceted and complex X Suite coexists beautifully amongst these great works of art.” — Alexi Kenney

About X Suite
“From the moment I played through the piece for the first time, I felt that X Suite was a representation of myself in musical form,” says Alexi. “Many of the movements are inspired by Baroque dances you might find in Bach, and yet the whimsical, colorful, and totally contemporary lens with which Paul has reimagined them is breathtaking. X Suite jumps off the page for the listener and player alike, however, it is also a virtuosic and innovative feat of composition. All of the movements share the same DNA, with common motives, techniques, intervals, and melodies warping and morphing constantly throughout the work. In the third movement, Canon, the violinist is asked to play two voices on two strings in canon at the unison. In the Bourrée, there is a chorus of eight chattering voices, to be played simultaneously. The resulting music is complex and fun to listen to.” “These inventive and groundbreaking techniques are never employed just for their novelty; rather, X Suite has an electric current of raw emotion running through it, and a clarity of thought that transcends the notes on the page and takes on a life of its own. To me, this is the mark of a truly great piece of art, and why I am so proud to be bringing this major new work for solo violin into the world.”

X Suite was recorded on February 21, 2020 at the Soka Performing Arts Center in Aliso Viejo, California by Sergey Parfenov, who also edited, mixed, and mastered the album, and was co-produced by Irina Osetinskaya and Alexi Kenney. X Suite: The Video was filmed by Mike Grittani at the Donum Estate in January 2021, with assistance from Alice Kao and aerial cinematography courtesy of Eric Cheng. This recording was made possible by the generous support of the Borletti-Buitoni Trust. 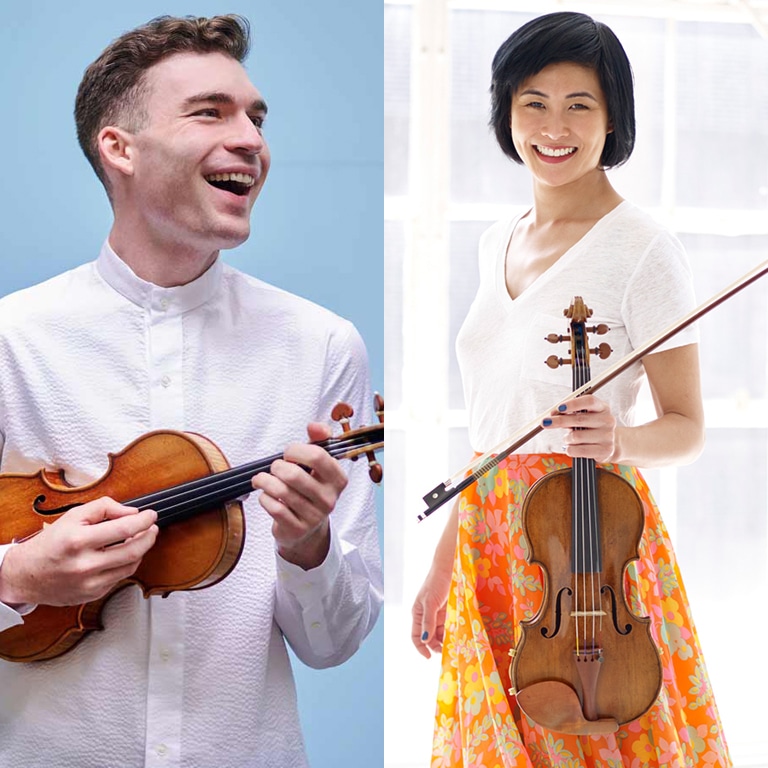 Review: A Violinist Connects the Dots From Bach…