Platoon Releases the new animated film from Mason Bates Philharmonia Fantastique: The Making of the Orchestra

“I was ‘blown-away’ by [Philharmonia Fantastique], which takes its place proudly alongside the treasures of Saint-Saëns’ Carnival of the Animals and Britten’s Young Person’s Guide in offering the next generation a brilliant tutorial on the magic of the modern orchestra. In the art of marrying music with animation, Philharmonia Fantastique is the biggest step forward since Fantasia itself. A truly magnificent achievement.” – John Williams

“Philharmonia demystifies the orchestra to such an extent that it becomes mystical all over again.” – The Washington Post

“It’s a noble enterprise, with deeper ideals about human diversity and unity. Bates is, as ever, an engaging musical storyteller.” – BBC Music Magazine

On Friday, November 4, 2022, Platoon releases the new animated film for composer Mason Bates’ Philharmonia Fantastique: The Making of the Orchestra, a 25-minute concerto for orchestra and animated film described by John Williams “the biggest step forward since Fantasia itself. A truly magnificent achievement.” The film is directed by seven-time Academy Award-winning sound designer Gary Rydstrom (Titanic) and features the work of Jim Capobianco (Ratatouille, Mary Poppins Returns). It will be available to rent or purchase in 4K and surround sound on the AppleTV app and to stream on Apple Music. The film, celebrating Bates’ unique and magical style intersecting music and technology, features a soundtrack performed by the Chicago Symphony Orchestra conducted by Edwin Outwater.

Described by the San Diego Union Tribune as “a composition that might give these two war horses [Prokofiev’s Peter and the Wolf or Britten’s The Young Person’s Guide to the Orchestra] a run for their money,” Bates’ Philharmonia Fantastique portrays the four families of the orchestra, each with their own unique sound worlds and musical motifs: the slinky, sophisticated noir-jazz of the woodwinds; the lush romanticism of the strings; the aggressive techno-fanfares of the brass; and the percussion section “drum circle” in all its versatility. Ultimately the work’s message is one of unity: the diverse instruments of the orchestra are most powerful when working together as one giant instrument.

Guided by a magical Sprite, who serves as the audience’s guide through the orchestra and even inside the instruments themselves, the film blends traditional and modern animation styles as well as live action filming, created over nearly a year by multi-Oscar and BAFTA-winning sound designer Gary Rydstrom, of LucasFilm and Skywalker Sound, and Oscar nominated Hollywood animator, Jim Capobianco. The Sprite interacts with the conductor and on-stage musicians alike, connecting stage and screen to create a compelling guide to the orchestra that engagingly illustrates the intricacies of how instruments work individually and collectively to produce such a huge range of sound. To look inside instruments, the team used high-definition special effects cameras, including probe lenses, to peer inside a violin, flute, and up close to brass valves. The film also features sound design built from the key clicks of woodwinds, taps on the body of string instruments, and vintage analogue synthesizers.

“Music itself has always been a marriage of technology and art,” says Gary Rydstrom. “In Philharmonia Fantastique, we use both new and old technologies to explore how music comes together, how radically different sounds and techniques converge into the full sound of an orchestra.”

“Creating a new ‘guide to the orchestra’ was an incredibly inspiring and challenging project,” says Mason Bates. “How can we showcase the magical wonders of the orchestra in a fresh way? For me, the way was the concept of ‘how they work:’ how brass valves slice air, how strings resonate when creating harmonics, how woodwinds make music with clicking keys. When an orchestra plays, the integration of so much engineering into one giant instrument is a real model of ‘unity from diversity.’ All these different materials and technologies – and people – syncing together to make beautiful music is a real model for how we should all behave as people.”

About the Creative Team

Composer of the Grammy-winning opera The (R)evolution of Steve Jobs, Mason Bates served as the first composer-in-residence of the Kennedy Center for the Performing Arts and as Mead composer-in- residence with the Chicago Symphony Orchestra (2010-2015). Championed by legendary conductors such as Riccardo Muti, Michael Tilson Thomas, and Leonard Slatkin, his symphonic music is the first to receive widespread acceptance for its unique integration of electronic sounds, and he was named the most-performed composer of his generation in a recent survey of American music. His opera was hailed as one of the best-selling productions in the history of Santa Fe Opera and was awarded the 2019 Grammy for Best Opera Recording. In 2018, he was named Composer of the Year by Musical America.

As both a DJ and a curator, he has become a visible advocate for bringing new music to new spaces, whether through institutional partnerships such as his residency with the Chicago Symphony Orchestra, or through his club/classical project Mercury Soul which transforms commercial clubs into exciting hybrid musical events. He has also composed for films, including Gus Van Sant’s The Sea of Trees starring Matthew McConaughey and Naomi Watts. He serves on the faculty of the San Francisco Conservatory of Music, which offers instruction in both composition and music technology.

Premieres in 2022 have included a new piano concerto for Daniil Trifonov, co-commissioned by the San Francisco Symphony and The Philadelphia Orchestra. A concert opener, The Rhapsody of Steve Jobs, premiered by The Philadelphia Orchestra is based on his Grammy-award winning opera, The (R)evolution of Steve Jobs, hailed as one of the best-selling productions in the history of Santa Fe Opera. The (R)evolution of Steve Jobs will receive its second production in 2022 by The Atlanta Opera and heads to five more opera houses in the coming year. A new commission for The Metropolitan opera with librettist Gene Scheer – The Amazing Adventures of Kavalier & Clay – premieres at the LA Opera in 2024 and The Metropolitan Opera in 2025.

At Lucasfilm’s Skywalker Sound, Gary Rydstrom has sound designed and mixed many films, including Terminator 2, Jurassic Park, A River Runs Through It, Toy Story, Quiz Show, Titanic, Saving Private Ryan, Punch-Drunk Love, Finding Nemo, and Ready Player One. He has won seven Academy Awards for Sound and Sound Editing, and Career Achievement Awards from both the Cinema Audio Society and Motion Picture Sound Editors. For Pixar Animation Studios, he directed two shorts, the Oscar-nominated “Lifted,” and “Toy Story Toons: Hawaiian Vacation.” In 2015, he directed the animated feature Strange Magic for Disney/Lucasfilm. Gary is a native of Chicago, and a graduate of the School of Cinema at the University of Southern California.

Jim Capobianco received the 2008 Academy Award nomination for Best Original Screenplay for Ratatouille. He went on to write and direct the short film, “Your Friend The Rat,” found on the Ratatouille DVD, winning the 2008 ASIFA-Hollywood Annie Award for short films. Jim followed YFtR up with directing the critically acclaimed end titles for Pixar’s 2008 release Wall•E. A graduate of the California Institute of the Arts, Jim started in the story department at Walt Disney Feature Animation on The Lion King. After five years at Disney, Jim relocated to Pixar Animation Studios where he was influential on the stories of many of Pixar’s films of the past 19 years, including Toy Story 2, Finding Nemo, UP and Inside Out. In 2009 Jim finished Leonardo, his first independent film, now in the permanent collection of the MoMA NYC. In addition to his work as a filmmaker Jim co-created the Bay Area International Children’s Film Festival now in its 12th year. Now with Aerial Contrivance Workshop, Jim most recently was the 2D animation sequence director for Walt Disney Motion Pictures’, Mary Poppins Returns.

Founded by C.E.O. Denzyl Feigelson in 2016, boutique artist services company Platoon identifies and shepherds exciting musical talent from around the world while arming them with innovative tools and services to build careers and reach new fans. Platoon landed its first success in 2016 when they signed yet-unknown Billie Eilish, helping lay out the groundwork for her ascent to global stardom. Following that it was BRIT Award winner Jorja Smith’s Blue Lights, before guiding Nigeria’s Mr. Eazi to worldwide attention and acclaim. Platoon has since built an impressive roster of fiercely independent creative artists such as Johannes Moser, Xuefei Yang, Oliver Zeffman, Rosey Chan, and Daniel Pioro. Platoon’s team of employees has expanded across the globe, from London to New York, Los Angeles, Berlin, and Cape Town’s “Creative Lab.” Platoon’s creative spaces in London and Africa boast state-of-the-art recording studios and double as inspiring ecosystems for artists to openly collaborate, with Platoon also offering educational classes across music and marketing. Learn more at www.platoon.ai. 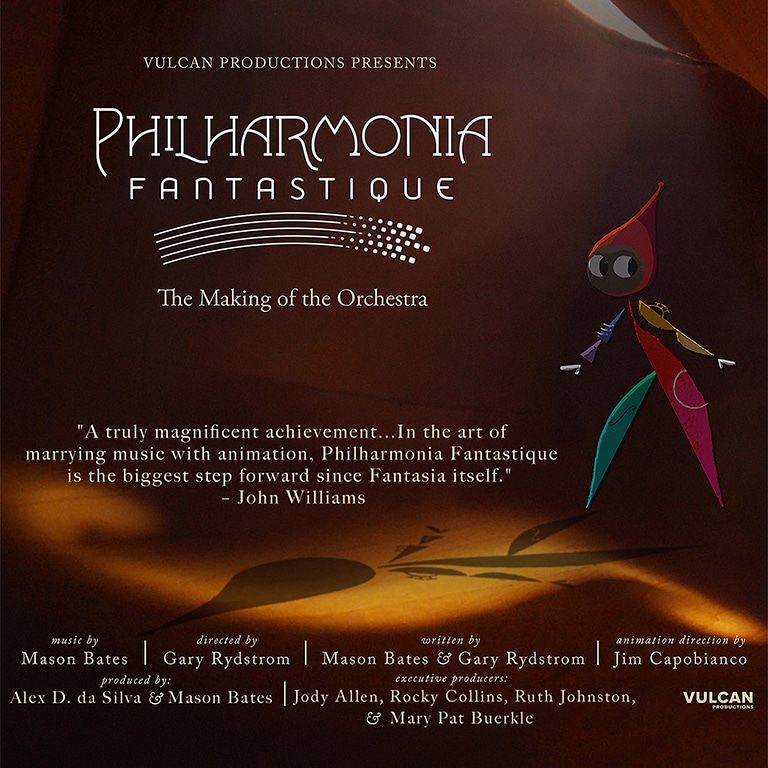