From The Sarasota Herald Tribune

Our young but already accomplished guest conductor, Marcelo Lehninger, gave a loose rein for the freely delivered oboe solo at the start of Rossini’s Overture to L’Italiana in Algieri. Whispered pizzicati strings and occasional punctuation from winds and brass served as a gentle framework before Lehninger sent them all flying into the skittering body of this eminently delightful overture.

Throughout this concert in the Sarasota Opera House, Lehninger proved an impressive sculptor of phrasing and dynamics. It was the attention to tiny details — the varying length of the staccato, hairpin wells in dynamics, and surprising touches and sweeps — that held my attention.

The magic in this concerto happened in the prayerful Andante with a benediction of deftly balanced melodic lines and color. The languor of the piano risked losing its way on at least one occasion, yet Lehninger stayed with the soloist in perfect partnership.

Perhaps we all knew what to expect when we see Beethoven’s iconic Symphony No. 5 in C Minor, Op. 67. That’s the one with the heavy knock of fate at the door, right? In Lehninger’s hands, it was an urgent rap minus the weighty pauses. This familiar music crackled with electricity at a brisker speed than I’ve yet heard. New synapses were firing as minute flecks of sound dynamics popped out in surprising places. At one point, the string ensemble sounded like an organ’s bellows.

Moving on in the symphony, Lehninger maximized the pillowy softness of the Andante and its varying colors always with an eye for the long line. The clarity of his baton technique was evident from the back of the hall. The orchestra responded well, launching boldly into the Scherzo movement and ending with that delicious segue into a vigorous final Allegro.

This was a high-definition performance that drew gasps, smiles and thunderous applause from an enthusiastic audience. 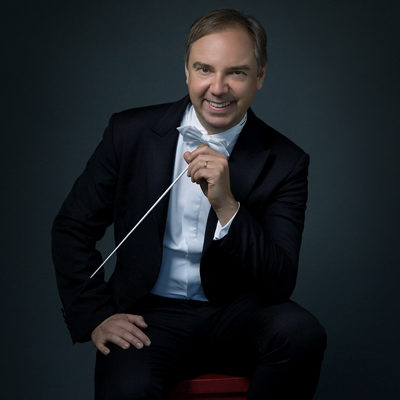