“The program’s molten core was the world premiere of Missy Mazzoli’s “Violin Concerto (Procession),” a work in five short (mostly conjoined) movements. Like Vaughan Williams, Mazzoli taps into and transforms a hymnal history — albeit with a more “messed-up” (her words) twist.

Composed over the course of 2021, the concerto’s themes are inspired by medieval rituals that emerged through the Plague. (“It can always be worse,” Mazzoli deadpanned from the stage before the performance). Over its 20-minute run, Mazzoli conjures penitential processions, “melting hymns,” spells cast over broken bones and a conclusory ascent to the heavens. (And sure, that included some writhing in my seat here and there. Not everything needs to be nice.)

Koh and Mazzoli have a decade of collaborative work behind them — including a short piece for “Alone Together” — and the “Violin Concerto” puts this long-brewed chemistry on full display. It’s an unsettling work that opens like a trapdoor, or the moment you fall asleep.

Koh didn’t ride atop the orchestra so much as engage in a prolonged tug-of-war with it — her solos tensing like a tendon within the body of the music. She attacked short solos as if she were sawing through a pipe; elsewhere she strung silvery threads through a dense fabric of dark strings and darting flutes. Her slow-burning centerpiece cadenza was a searing highlight of the evening.”

“Mazzoli’s healing journey consists of five parts that sometimes run into one another without interruption, starting with “Procession in a Spiral.” Koh doubled as a sort of mad shaman in a series of airy arpeggiated figures with sharp edges that sent bow hairs fluttering in the still air. Orchestra musicians propelled her forward like so many fasting, barefooted faithful walking in robes of penitence during an imaginary ritual.

The concerto emerged from more than a decade of collaboration, and friendship, between Mazzoli and Koh — a champion of new music — starting with the solo violin piece “Dissolve, O My Heart” (2010). That LA Philharmonic commission begins with the D minor opening chord of Bach’s evocative Chaconne before spiraling seemingly out of control into a series of differentiated chords and fast passages.

The powerful performance and warm reception to the premiere brought to life by a composer-soloist-conductor trio of women point to a hopeful future of enlightened curiosity for a field too often dominated by older white males and overplayed works. The true measure of that new chapter could be a time when works created and performed by women and non-white artists are so frequent that they become part of the norm.” 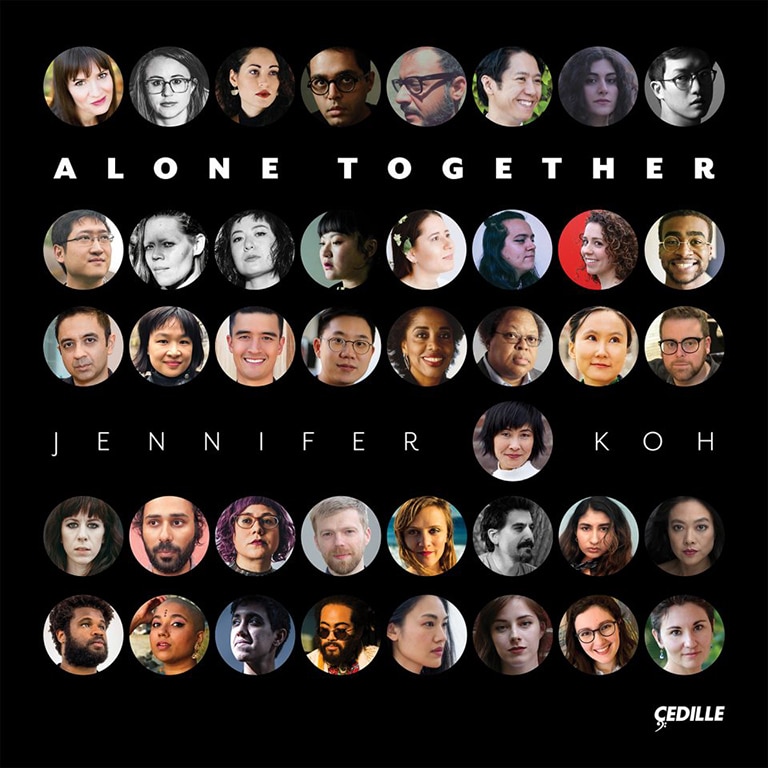 Jennifer Koh’s ‘Alone Together’ to be released by…