Deborah Rutter and the Kennedy Center announced today that violinist Jennifer Koh has been appointed Artistic Director of the Fortas Chamber Music Concerts, replacing Joseph Kalichstein, who passed away in March 2022. Koh’s appointment is effective immediately and extends into spring 2026; her first full season of programming will be the 2024–2025 season.

Jennifer Koh is an acclaimed violin soloist, a champion for living composers, and an advocate for those marginalized in the classical music industry. In 2013 she presented a program Two x Four (four works for two violins) with her former teacher Jamie Laredo and the Curtis Chamber Orchestra as part of Fortas Chamber Music Concerts at the Kennedy Center. Koh recently performed the World Premiere of Missy Mazzoli’s Violin Concerto (Procession) in February 2022 with the National Symphony Orchestra.

President of the John F. Kennedy Center for the Performing Arts Deborah Rutter said of Jennifer’s appointment: “We welcome Jenny with open arms to the Kennedy Center. Her artistic voice is distinctive and her presence here will build on the incredible legacy and strength Yossi had built over the 25 seasons he oversaw Fortas. I have no doubt Jenny will push us forward in her artistic vision here at the Center.”

Kevin Struthers, Director of Programming for Jazz, Chamber, and Classical New Music remarked: “Jenny is steeped in the traditional canon, while active in contemporary classical music as well. We are thrilled that she will bring her unique curatorial eye and profound musical talent to our stages.”

Jennifer Koh said of her appointment: “I am honored to be appointed as the Artistic Director of the Fortas Chamber Music Concerts at the Kennedy Center. The chance to advocate for the most compelling artists of today continues the tradition and spirit of collaboration that I have learned through my own musical collaborations with Yossi Kalichstein. I look forward to incorporating the musical traditions from his previous leadership.”

About Jennifer Koh
Violinist Jennifer Koh is recognized for her intense, commanding performances, delivered with dazzling virtuosity and technical assurance. A forward-thinking artist, she is dedicated to exploring a broad and eclectic repertoire, while promoting equity and inclusivity in classical music. She has expanded the contemporary violin repertoire through a wide range of commissioning projects, and has premiered more than 100 works written especially for her. This season, Koh performs works from her series Alone Together, a commissioning project, performance, and Grammy Award-winning recording series in support of composers, during the coronavirus crisis; Bach and Beyond, which traces the history of the solo violin repertoire from Bach’s sonatas and partitas to pieces by 20th- and 21st-century composers; and The New American Concerto, which invites a diverse collective of composers to examine socio-cultural topics relevant to American life today through the form of the violin concerto. As part of this latter series, she performs Missy Mazzoli’s violin concerto Procession with the Philadelphia Orchestra and Lahti Symphony Orchestra. Koh has appeared with orchestras worldwide, among them the New York, Los Angeles, and Helsinki Philharmonics; Cleveland, Mariinsky, Minnesota, Philadelphia, and Philharmonia (London) Orchestras; and Atlanta, Baltimore, BBC, Chicago, Cincinnati, National, New World, NHK, RAI (Torino), and Singapore Symphonies. Named Musical America’s 2016 Instrumentalist of the Year, she has won the International Tchaikovsky Competition in Moscow, Concert Artists Guild Competition, and an Avery Fisher Career Grant. She has a BA in English literature from Oberlin College and studied at the Curtis Institute, where she worked extensively with Jaime Laredo and Felix Galimir. She is an active lecturer, teacher, and recording artist for Cedille Records; and is the Artistic Director and Founder of the non-profit ARCO Collaborative.

The late Joseph “Yossi” Kalichstein served as the Kennedy Center’s Artistic Advisor for Chamber Music and Artistic Director of the Fortas Chamber Music Concerts from 1997–2022.

Through its history the series has featured frequent appearances by artists such as the Guarneri, Emerson, Juilliard, Takács, and Alban Berg Quartets; early music ensembles Anonymous 4, Trio Medieval, and the Waverly Consort; performances by Eugene Istomin, Emanuel Ax, Edgar Meyer, Susan Graham, Isaac Stern, and Yo-Yo Ma; as well as many other distinguished artists and ensembles that actively perform and commission new works. 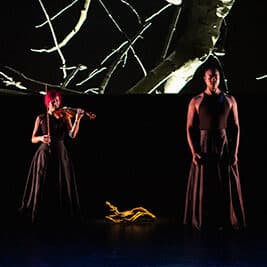 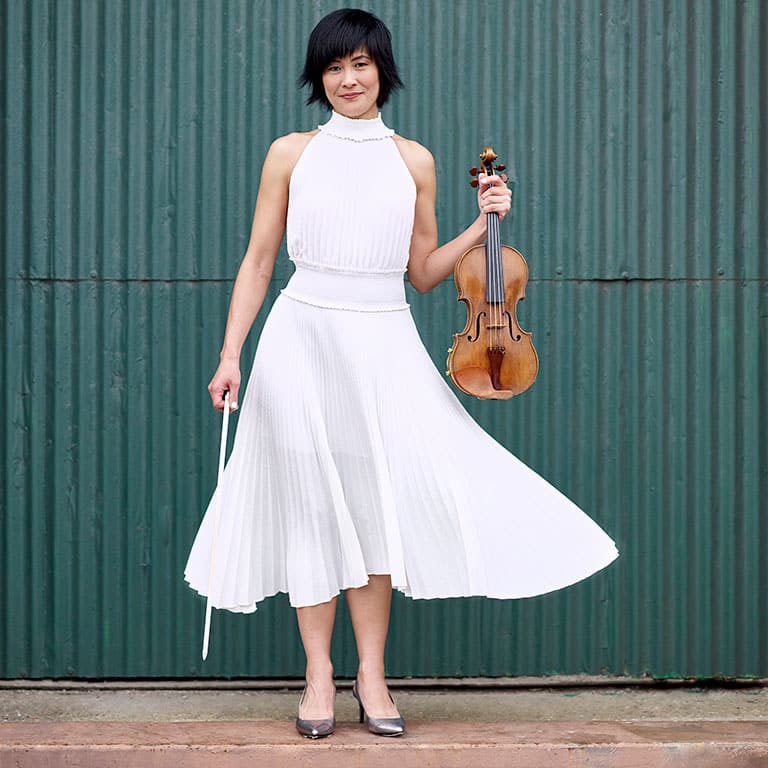