Review: Soloists, Runnicles and BBC SO prove Missa solemnis is a magnificent masterpiece

From Seen and Heard International

With large forces and superb technical skills needed for its performance, furthermore with its continual shifts in dynamics, tempi and mood, the performance of Beethoven’s Missa solemnis is hugely demanding.

Listening to the performance conducted by Donald Runnicles felt like witnessing Beethoven’s score coming alive exactly as Beethoven wrote and envisaged it. Nothing more, nothing less: Beethoven left nothing to chances, marked all his instructions for tempi, dynamics and expression with great care. All his markings, including the great many sforzando notes, were faithfully reproduced at this performance. Beethoven’s numerous changes of tempi seemed to sit comfortably with Donald Runnicle. Watching him conduct, that is seeing him from the auditorium with his back to the audience, at times I thought that Beethoven might have conducted similarly

Beethoven often ends his sections abruptly; even at the very end of the Mass he allows only two chords to round up all the drama, emotions, grandeur and devotion. No preparation for the ending, no ritenuto markings, just an abrupt end. If delivering a performance accordingly, the effect is more dramatic than with added artistic devices. The first abrupt end hit us on conclusion of the heightened climax in Gloria. ‘Christ’ said suddenly a man sitting near me and I felt exactly the same way: astonished and hit by the power of unadorned emotion. Although presenting the whole Mass without an interval, Runnicles took a few seconds or perhaps even half a minute break before proceeding to the Credo: all of us needed to recover from the shock of abrupt ending (which then occurred also on conclusion of the Credo).

Runnicles drew top quality from all his performers. The chorus negotiated their great many difficult fugues, solemn but always powerful hymns and complex polyphonic structures with great skill. The four solo singers were luxury casting; individually as well as a team, contrasting and interacting with the four-part choral writing. I enjoyed seeing and hearing soprano Elizabeth Llewellyn and mezzo-soprano Christine Rice partly because they were excellent but also because they looked dignified as opposed to how they were presented in the recent Luisa Miller production, as Luisa and Frederica respectively, at the English National Opera. Tenor Thomas Atkins is ideal for the Missa solemnis’s solo tenor part vocally, stylistically and dramatically. Although there was no dramatic presentation on the concert stage, with his crystal clear and strong voice Atkins’s delivery suggested heroism as well as devotion. 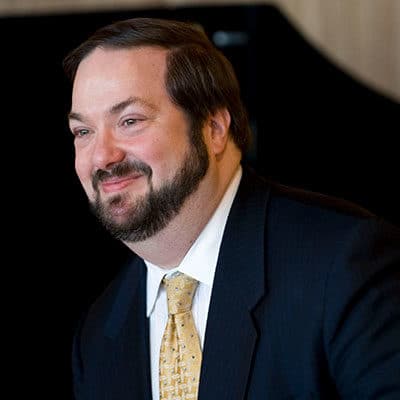