From the San Francisco Conservatory of Music Newsroom

San Francisco Conservatory of Music and Aquila Theatre to collaborate on special production of The Great Gatsby featuring new music written, performed and recorded by students.

The presentation, made possible through SFCM’s alliance with Opus 3 Artists, will premiere original music for Aquila Theatre’s adaptation of the play from a racially and ethnically diverse perspective.

At the inauguration event for its new, 12-story, $200 million Ute and William K. Jr., Bowes Center for Performing Arts in the city’s Civic Center, the San Francisco Conservatory of Music (SFCM) announced today a new collaboration with Aquila Theatre to workshop and present a special production of the company’s new adaptation of The Great Gatsby featuring music composed by students from the SFCM Technology and Applied Composition (TAC) program and recorded by those studying Chamber Music and Roots, Jazz, and American Music (RJAM).

“The Bowes Center will serve as a crucible for developing the future of music. At this new home for presenting art and supporting artists, we can bring together students and professionals to live, learn, create and perform in one spectacular space,” said SFCM President David Stull. “Our partnership with Aquila Theatre is a terrific example of the culturally innovative projects we can imagine together, develop in San Francisco, and present to the world.”

Aquila Theatre is represented by leading management company Opus 3 Artists, which was acquired by SFCM in late 2020, and is one of the foremost producers of innovative interpretations of classical theatre, as well as educational offerings and public humanities programming.

Aquila’s winter/spring 2022 national tour — which will visit 25-30 American cities between January and April — will include their new, racially and ethnically diverse theatrical adaptation of F. Scott Fitzgerald’s The Great Gatsby. The production will explore how the 1924 novel by F. Scott Fitzgerald resonates within current culture by revealing a society where success seems to be defined by wealth, obsession masquerades as love and prejudice is weaponized to bolster an individual’s fragile sense of self. As artists who are part of a first-of-its-kind program rooted in the history and tradition of Black American music with special focus on jazz in its present form, musicians in SFCM’s RJAM program will play a critical role in bringing the San Francisco staging to life.

During Aquila Theatre’s planned residency at SFCM in early February 2022, members of the troupe will lead a series of workshops and rehearsals with the students that will culminate in a performance of select scenes of The Great Gatsby which will incorporate the student-composed new music, specially made for this theatrical adaptation at SFCM’s Hume Hall in the Ann Getty Center February 10-11. Ticketing information is forthcoming.

“I think this will be a wonderful opportunity for young emerging artists at SFCM to have an opportunity to collaborate with professional artists, think deeply about how F. Scott’s Fitgerald’s story resonates today, and respond with new music and soundscapes that are inspired by the original Black artists and innovators of the day, but also reflective of their own unique present day perspectives,” said Aquila’s Executive Artistic Director Desiree Sanchez, who has adapted and directed the play.

In addition, the theatre group and SFCM students will engage in and livestream Warrior Chorus: American Democracy. In this National Endowment for the Humanities (NEH) grant-winning program, Aquila Theatre brings the veteran community together with audiences to investigate the connections between classical literature and contemporary America. In response to acclaim for The Warrior Chorus, Aquila was invited by Lin-Manuel Miranda in spring 2021 to perform at the U.S. Capitol in support of the NEH.

Educational programming is an essential component of Aquila’s mission. During past tours, Aquila reached 15,000-20,000 middle and high school students through talk-backs, master classes, workshops and special performances. Aquila’s emphasis on outreach aligns with SFCM’s vision to advance music education and bring performances of enduring quality and importance to young people.

“There is no better way for us to showcase the new alliance between Opus 3 Artists and SFCM than through this multidisciplinary collaboration, pushing actors and musicians to think through each other’s lens in a collaboration that spans music and theater, but also race and politics, all while giving SFCM students the unique opportunity to work so closely with Aquila Theatre,” said Opus 3 Artists Vice President Matthew Oberstein, who helped envision the collaboration. “I hope this is the first of many such collaborations.” 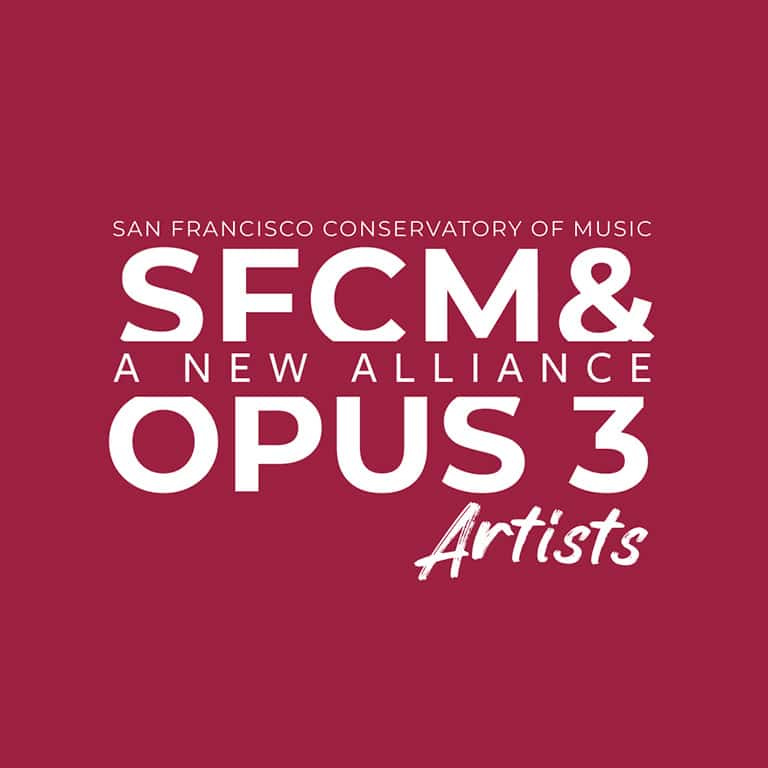