From the Sarasota Herald-Tribune

It was a historic evening, the first Masterworks of Bramwell Tovey’s tenure as the music director of the Sarasota Orchestra. There was laughter, honor and, for some, tears. It was a masterful display of all the many ways that an orchestra and its music can touch each heart and rally the spirit of an entire community.

Far more than the conductor, Bramwell Tovey was the master of ceremonies, as skilled at storytelling as he is with a baton. He led us all in honoring the higher purpose of Ukraine with its national anthem, for which musicians and audience stood. We had to laugh at the antics of the trickster Till in Richard Strauss’ tone poem, “Till Eulenspiegel’s Merry Pranks,” Op. 28. Tovey’s introduction left the audience more attuned as the lively music spilled forth with buoyant humor along a clear narrative.

Superb horns and E-flat clarinet served as Till’s memorable voice while other sections depicted interactions with village characters. It was all in good fun. Even the final judgment and demise of poor Till took a surprising turn. Clearly, this orchestra is in fine form and perhaps enjoying Tovey as much as we were.

The real power of this concert was in the music itself and no selection had more emotive power than Maurice Ravel’s Suite No. 2 from “Daphnis et Chloé” which closed the program. The opening depiction of a dawning sun revealed both the mastery of the composer’s orchestration and the musicians.

This was music to sink into, to revel in its sensuality, and give oneself over to a magical fabric of sound. Surely mine wasn’t the only heart that swelled with deep appreciation. The Sarasota strings never sounded lovelier, and the same could be said of every other section of our esteemed orchestra. Soloists, too, stood out, but for me, none more than the seductive solo flute.

Throughout, Tovey’s spare movement prompted organic swells and shifts. The music was glistening and alive in a way that connected on a cellular level. This was one for the books. If ever there was an example of the sheer beauty of a full orchestra, we heard it in this performance. 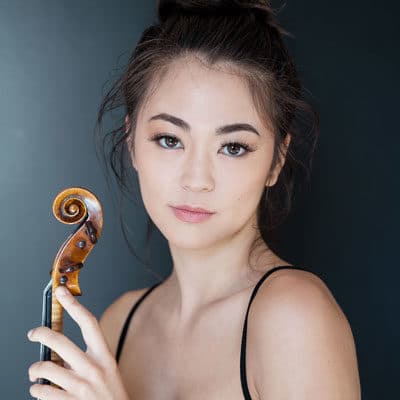