After winning last year’s Best Classical Solo Vocal GRAMMY® Award for his debut solo album Songs of Orpheus (17th-century Italian Songs), Karim Sulayman teams with acclaimed fortepianist Yi-heng Yang to present Where Only Stars Can Hear Us, a collection of Schubert songs now available from AVIE Records. The album debuted at number one on the Billboard Traditional Classical Chart and the iTunes Classical Chart.

With masterful storytelling, Sulayman and Yang invite the listener on a journey through song honoring the composer’s unrivaled ability to capture joy and sadness in a single moment. Their voyage traverses themes of darkness and yearning, guided throughout by moonbeams and shining stars. Where Only Stars Can Hear Us is an offering of consolation in dark times as Sulayman and Yang extend comfort in the idea that no one is truly alone.

The 6 1/2-octave Viennese fortepiano built by Joseph Simon in 1830 was graciously loaned to this project by Malcolm Bilson and the Cornell Center for Historical Keyboards, and provides the listener with a beautiful and authentic sound world.

Critical Acclaim
“Karim Sulayman: Schubert Songs at their loveliest. Sulayman possesses a gorgeous voice and his interpretations are balm for the soul.”

“Sulayman possesses one of the most lovely, gentle, sweet, and sincere tenor voices on record…sung and played to tripping perfection — his sound is so unfailingly fetching and delightful…Then again, Sulayman surprises with an extremely impassioned, full voiced Erlkönig that proves that he really can get going when he wants to.

At a time when we can use all the hope we can get, Sulayman and Yang’s Schubert is balm for the soul as well as the ear.”
San Francisco Classical Voice

“In this case it’s an 1830 fortepiano by Joseph Simon, which, Karim Sulayman’s own engaging booklet note tells us, he and pianist Yi-Heng Yang christened ‘Simon’ during the recording sessions. And ‘Simon’ certainly has a beguilingly gentle and human sound – beautifully captured by the engineers. Yang, moreover, is superbly adept at bringing out the many veiled shades it can produce; the introduction to ‘An den Mond’, using moderator pedal, is wonderfully seductive. The two performers have also put together a superb programme, one that explores themes of being lost, alone and seeking solace and guidance in nature…Sulayman is always engaging, with an appealing honesty to his approach and a vividness to his storytelling (his ‘Erlkönig’ is powerfully effective). His light, silvery tenor is in many ways suited to much of the programme’s theme…There are fine accounts of the substantial ‘Des Fischers Liebesglück’ and ‘Der Winterabend’, too, with the latter especially haunting.”
Gramophone

“Sulayman shares a similar gift [with Schubert]: a knack for gleaning what is most important in a text, perhaps a line or a word, and enveloping it in a special shade of vocal color… Sulayman’s voice is warm and beautiful, and he’s an engaging actor who can bring life to multiple characters within a single song. He subtly differentiates the reaper, the fisherman, and the huntsman in Alinde, and his Erlking moves from beguiling to truly terrifying…The music is sublime, the performances masterful, the overall concept striking.”
Early Music America

Schubert: ‘Des Fischers Liebesglück’ “Where Only Stars Can Hear Us: Schubert Songs”; Karim Sulayman, tenor; Yi-heng Yang, fortepiano (Avie) Intimate, sweet-toned and more easily given to dry humor than its powerful keyboard successors, the fortepiano should be a natural choice for Schubert lieder. Yet recordings such as this exquisitely personal recital — with the clear-voiced tenor Karim Sulayman and the sensitive pianist Yi-heng Yang — are still rare. Listen to them weave a storyteller’s spell in this song about a nighttime tryst in a fishing boat, and marvel at the emotional arc they weave with the simplest of gestures.
The New York Times The 25 Best Classical Music Tracks of 2020

“Karim Sulayman combines a beautiful vocal vocabulary with great imagination and that is always a good start in this repertoire. We are dealing with a powerful personality in art song who, with his beautiful tenor voice, is capable of both strong expressive accents and a fluid legato…

“Yi-heng Yang is, after Gerald Moore, the ‘unashamed pianist’ who not only elicits the most beautiful sound imaginable from the Vienna fortepiano by Joseph Simon (1830), but also provides the singer with catchy instrumental commentary and where appropriate takes the initiative. It has produced an ideal duo that constantly captures attention…

“On the back of the cover is a sentence that has become of special significance at this time: “Sometimes all we need is a reminder that we are not alone.””
Opus Klassiek (translated)

“In terms of timbre, his tenor has a lot to offer… This singer is not looking for beauty, but for truthfulness in expression.”
Opera Lounge (translated)

“What they all have in common is that they fit so well in this concept and that they are so good. Thus, to my mind, Yi-heng Yang and Karim Sulayman’s own Schubert journey is attractive and thought provoking and has enticed me to return to several of the songs already. That’s proof enough that it works both as a cycle and as individual songs.

As for the music making at large I have only positive things to say. Karim Sulayman has a well-schooled, flexible and beautiful lyric tenor voice at his disposal, with a rich and varied supply of nuances. His enunciation is impeccable, he is involved in what he is singing and he is a good story-teller…I could go on with detailed analyses of every song but find it unnecessary and leave it to the individual listener to explore the contents on their own and savour the exceptional sensitivity of Karim Sulayman and Yi-heng Yang. Now I’m eagerly waiting for their next recording project, which I hope will appear before long.”
MusicWeb International

“In short, the Sulayman-Yang team combines the vocal luminosity of the tenor and the aged sound of the old pianoforte for an unforgettable recital that literally slides on a journey from the romantic night to the spring freshness praised by the poets of the period. Ideal for this time of reflection and recollection, to connect with the most intimate of each and discover inner universes.”
El Nuevo Herald (translated) 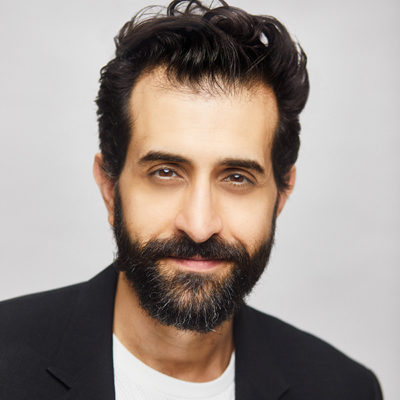