Go behind-the-scenes with the directors and cast.

Critical Acclaim:
“This inventive “Freischütz” delivered.
Heartbeat’s production team wanted to delve into the work’s disturbing, timely subtexts by streamlining and modernizing it. They succeed.
By keeping the music in the original language and style, the contrast between American ambience and classic Romanticism made a powerful impact.
Here was a rare presentation of the work that would define 19th-century German opera, made topical in a way that both respected Weber and stretched him.”
– The New York Times (Critic’s Pick)

“”..the show’s most inventive elements are musical: Daniel Schlosberg’s lively arrangement for seven instrumentalists (most of whom double or triple), and the recomposition of the supernatural Wolf Canyon scene, for which Mr. Schlosberg and William Gardiner devised a creepy electronic soundscape of noises and wails that would do nicely for a horror movie.
Mr. Schlosberg’s deft arrangement and his fine ensemble, which he led from the keyboard, supplied a lot of entertainment. An accordion made perfect sense for the folk-tinged song and dance numbers, as did kazoos for the chorus of mockery, and the way a single horn or cello could convincingly stand in for a full orchestra was remarkable.”
-The Wall St. Journal

“Updating an opera comes with risks, especially when the best-known scene is transformed musically almost beyond recognition. Heartbeat Opera took the gamble with Weber’s Der Freischütz and won. For the beauty and charm of Weber’s score, it’s probably best to go back to the original, but for an engrossing evening in the theater, Heartbeat Opera found the magic bullet.
But the real power of the production came from Louisa Proske and Chloe Treat’s use of the entire theater as a stage, plus Daniel Schlosberg and Will Gardiner’s remarkably imaginative and effective reworking of the score. They threw a lot at the audience, but it emerged as a coherent whole.
The ingenious reworking of the score captured the color and excitement of Weber’s original as well as much of its charm.”
-Seen and Heard International

“FREISCHUTZ was pretty smashing, starting with the vibrant overture, which may be the most familiar part of the opera for many.
Here, the score was arranged (and conducted) by Daniel Schlosberg, a performance artist in his own right, for a handful of instrumentalists and electronics, with some of the most imaginative doubling you’ll ever hear from the pit band at an opera (eg, Clare Monfredo on cello and drums). Schlosberg and William Gardiner recomposed what is probably the opera’s most notable scene, set in Wolf Canyon: seamlessly, effectively–and terrifyingly–done, with the casting of the bullets that let loose Max’s inner demons.”
-Broadway World 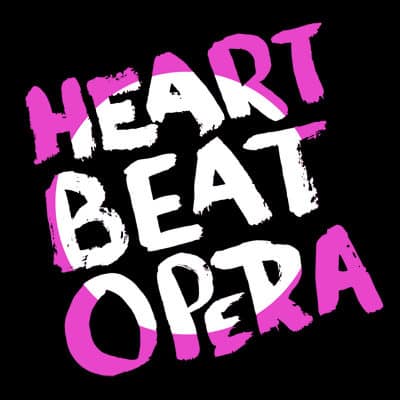