Christopher Plummer moves audience in voice of many characters

From the Toronto Star

No matter how old the music or the performer, a concert needs to feel like it’s coming to life in the moment if it’s going to move its audience.

That special power of a riveting live performance was embodied on Thursday night by Christopher Plummer, as he strode the stage of Roy Thomson Hall to open the Toronto Symphony Orchestra’s 90th season.

Plummer was the special guest in an all-stops-pulled performance of British composer William Walton’s electrifying, Oscar-nominated score for the 1944 Laurence Olivier film of Shakespeare’s Henry V, as arranged by Christopher Palmer.

Speaking sections of the play from memory, Plummer’s years — almost as many as the symphony’s — melted away as he became a thirty-something 15th century king bent on daring the fates to let him win a battle on French soil.

Seemingly effortlessly, Plummer became Henry, Falstaff and narrator, and a number of other characters, with the help of Walton’s Medieval-tinged music.

The other passing players in this grand spectacle were equally thrilling — from the orchestra itself under music director Peter Oundjian, to 105 members of the Toronto Children’s Chorus (performing from memory as well) and the 130 singers of the Toronto Mendelssohn Choir.

The evening’s program was filled out with a decent performance of 19th century Russian composer Peter Ilyich Tchaikovsky’s much-loved Romeo and Juliet Fantasy Overture and an excellently played and sung premiere of a new commission, Behold the Night, based on two texts from Shakespeare’s A Midsummer Night’s Dream, set to music by Toronto composer Larysa Kuzmenko.

It would be hard for the city’s flagship orchestra to find a more festive or moving way to hoist its banners and declare itself ready for 90 more seasons of musical thrills. 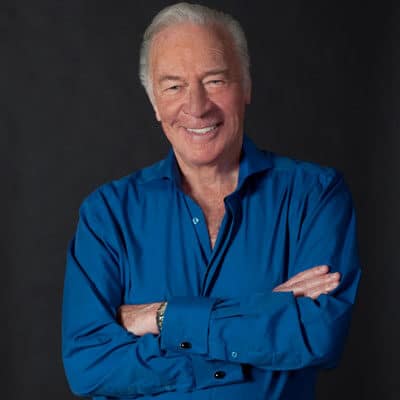 Critical Acclaim for “A Word or Two”

Christopher Plummer still has ‘A Word or Two’…