“This Bay Area orchestra…play[s] with an elegant severity…The textures swimming through the sound are like the world’s fastest ping-pong game: they can make you dizzy, trying to hear and see everything at once, and you do…No one seems capable of hitting a predictable note.”

“The Oakland hip-hop orchestra Ensemble Mik Nawooj (EMN) has made a name for itself through a rigorous yet inventive attention to process…All this makes EMN an incredibly dynamic ensemble to experience live and draws like-minded people into their orbit.”

“Hip-Hop Orchestra Experience is Ensemble Mik Nawooj’s Edinburgh Fringe debut and it doesn’t disappoint. The California based hip-hop orchestra present five music videos from their new album ‘Death Become Life’, which seamlessly fuses hip-hop and classical. They’ve leant into the film aspect of this year’s Fringe, with two exceptional young dancers’ mesmerising performance punctuating the music’s live recording. Filmed at the Asian Art Museum, the backdrop only adds to the gravitas of the pieces. There’s a consistent flow to the performance that elevates the film above five separate pieces and creates a sense of a whole and complete piece. If you’re into hip-hop, classical music or both this is a must see. It’s a beautiful way to spend 30 minutes.”

“This mash-up ensemble is what the future of music is all about.”

“…the cutting edge of hip-hop…”

“With machete-sharp vocalists fronting a miniature orchestra tuned by a maestro with a passion for boom bap, they represent a distinct future for the genre that diehards of all stripes should be thoroughly excited for.”

“It can be difficult to convey the magnitude of seeing Oakland hip-hop orchestra Ensemble Mik Nawooj for the first time. The group breaks down barriers between hip-hop and classical, deconstructing beloved songs into something that sounds giant and important.”

“There are no scores of Schubert or Stravinsky on the music stands of the Ensemble Mik Nawooj. Rather, it’s the gin-and-juice-laden sounds of Snoop Dogg and rugged East Coast rap from Wu-Tang Clan that get a classical music treatment…This bridging of two distinctively different art forms has created a buzz in the Bay Area musical community and beyond.”

After a successful performance of a novelty piece which featured an MC and chamber ensemble while JooWan Kim was completing his master’s degree at the San Francisco Conservatory of Music, the MC at the time suggested they make an album together. Six months later and writing about an hour of music, Kim had a profound shift in the direction of his writing. He felt that he found a way out of the stifling contemporary concert music aesthetic in this new way of composition. JooWan crystallized his ideas into Method Sampling, a principle of borrowing or sampling of rationales from related as well as unrelated fields, then reframing them into one’s own system.

In 2010, JooWan Kim recruited his best friend from college, Christopher Nicholas to push the project forward in a serious way. Since then, EMN attracted some of the most excellent classical musicians and MCs in the SF Bay Area while gaining national attention from outlets such as ESPN, The Wall Street Journal, Huffington Post, NPR, Pitchfork, Upworthy, NowThis, and more. 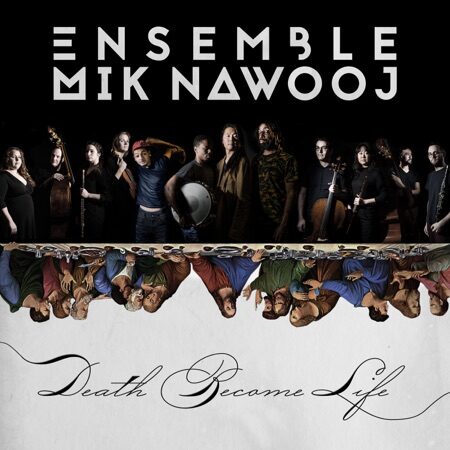