From The Malibu Times

“Andrew came up with the idea of rolling his seven-foot concert piano next to his condo’s balcony and putting on a concert for his fellow Zuma Bay residents last Saturday, and the result was spectacular. He tells how it all came about in his own words:

“Back in mid-March, all of my immediate concert engagements, as well those of my musician partner, began to cancel due to the pandemic. With our touring schedules coming to a screeching halt, we decided to fly home to Malibu, which we figured would be about the nicest place to ‘shelter in place’ for an indefinite amount of time (we also live in Paris, but for obvious reasons returning there was not a good option).

“As we spend much of the year on the road, there might have been a certain silver lining to the California stay-at-home order, but because our house was destroyed in the Woolsey Fire and is not yet rebuilt, we couldn’t be home. I think the stay-at-home order presents a particular (cruel) irony to the fire victims. We decided to rent a condo at the Zuma Bay Villas above Westward Beach, along with a seven-foot piano.

“The demands of the lockdown have been hard on everyone, and people are hungry for live, non-virtual and communal entertainment. Personally, I have grown a little tired making music exclusively for Facebook and Instagram audiences and become eager to connect again with the physical public. One day, the idea just occurred to me that, given the location of our condo above this beautiful, common lawn, and given this piano with a massive sound, I could simply open the windows and play to the neighbors below (even in a non-pandemic world, this spot would make for a spectacular live music venue).

“I ran the idea by the condo manager, and she was immediately on board with it. We planned a date for the coming weekend, calling it a “COVID Quarantine Concert on the Bluff,” and she sent an email blast to the HOA, requiring that all who attend wear masks and adhere to strict social-distancing guidelines.

“To my delight, entire families showed up not only in masks, but with blankets, chairs and picnic baskets, Hollywood Bowl-style, and parked six feet apart from one another. When everyone got settled, I simply raised the piano lid to the full stick, opened the windows and began to play several works by Bach, Chopin and Gershwin, announcing selections from the balcony. After about 30 minutes, I told the audience the program was finished, but they wanted more.

“I think it was the first time anyone had enjoyed a communal activity since March (unless they had visited Georgia or Texas last week). The idea of our living room transforming into a stage for an hour was both bizarre and uplifting. Music is a communal activity and I think we all needed this after a tough few months of stress and isolation—I certainly did.” 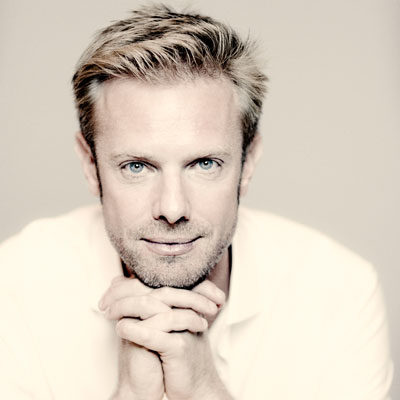 Acclaim for Andrew von Oeyen with the Atlanta…