From Warner Bros. Pictures and director James Wan comes an action-packed adventure that spans the vast, visually breathtaking underwater world of the seven seas, Aquaman, starring Jason Momoa in the title role. The film reveals the origin story of half-human, half-Atlantean Arthur Curry and takes him on the journey of his lifetime—one that will not only force him to face who he really is, but to discover if he is worthy of who he was born to be . . . a king.

Produced by Schirmer Theatrical, in association with Fortress Talent Management, audiences at Aquaman in Concert will experience James Wan’s first film in the DC Extended Universe, screened live as an orchestra performs ASCAP and BMI award-winning composer Rupert Gregson-Williams original score. Gregson-Williams joins Schirmer Theatrical’s creative team for the production to prepare his film score for live performance. The production includes the film, complete score and parts, along with a conductor video and click track. Production travels with a Technical Director.

Aquaman in Concert is presented under license from Warner Bros. Distributing Inc. The music is licensed from Alfred Music Publishing.

About The Music
To accompany the diverse settings in Wan’s film, Gregson-Williams was tasked with writing love themes, adventure underscore, battle music and character themes, including what Gregson-Williams described as “revenge-driven industrial music” for one of Aquaman’s foes, the Black Manta, in his 2018 interview with DC Comics writer Tim Beedle. He was also inspired by the modern version of the Aquaman character developed by Wan and lead actor Jason Momoa. Gregson-Williams took his time revising his “Ring of Fire” music that accompanies the arena battle between Arthur and his half-brother Orm. His score also features of landscape of synth sounds reminiscent of the ‘80s to distinguish the underwater kingdoms, including Atlantis.

About the Composer
Born in England and educated at St. John’s College Choir School, Cambridge, the multi-award-winning composer works from his studios in both London and Los Angeles. A truly versatile composer, Gregson-Williams has written the scores for a wide range of feature films and television series, and he has collaborated with a wide range of artists including Ben Folds, Mark Knopfler, Hans Zimmer, Skylar Grey, Lebo M., Junior Mambazo and Moya Brennan.

For film, Gregson-Williams scored the Oscar-winning Hotel Rwanda (2004), for which he was awarded the European Film Award for Best Composer; the animated films Over the Hedge (2006) and Jerry Seinfeld’s Bee Movie (2007), receiving an Annie Award nomination for the latter; and the independent film Love + Hate (2005), for which he was awarded the Reims International Composer Award. Most recently, Gregson-Williams scored the popular DreamWorks Animation and Pearl Studio’s co-production Abominable (2019); the Warner Bros and DC Comics co-productions Aquaman (2018) and Wonder Woman (2017); the award-winning war drama Hacksaw Ridge (2016); the international hit The Legend of Tarzan (2016); and has collaborated with Adam Sandler on multiple films including Grown Ups (2010), Bedtime Stories (2008) and Click (2006).

Sales Stats
• Film earned over $1.14 billion globally at the box office
• Aquaman was the fifth-highest grossing film of 2018 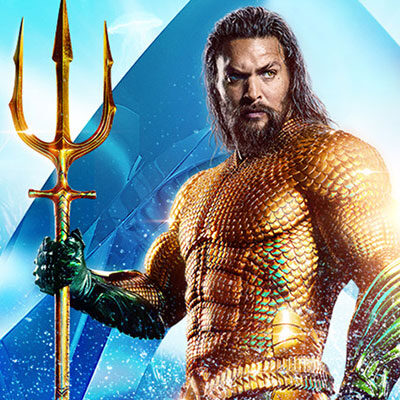